Christians from all over the world celebrate Christmas. Established in honor of the birth of the infant Jesus Christ in Bethlehem, this holiday has a long history with unique traditions and customs - people decorate Christmas trees, cook festive meals, go Christmas caroling, go to the church and visit relatives.

What are the similarities and differences between Christmas celebrations in Eastern and Western Christianity? 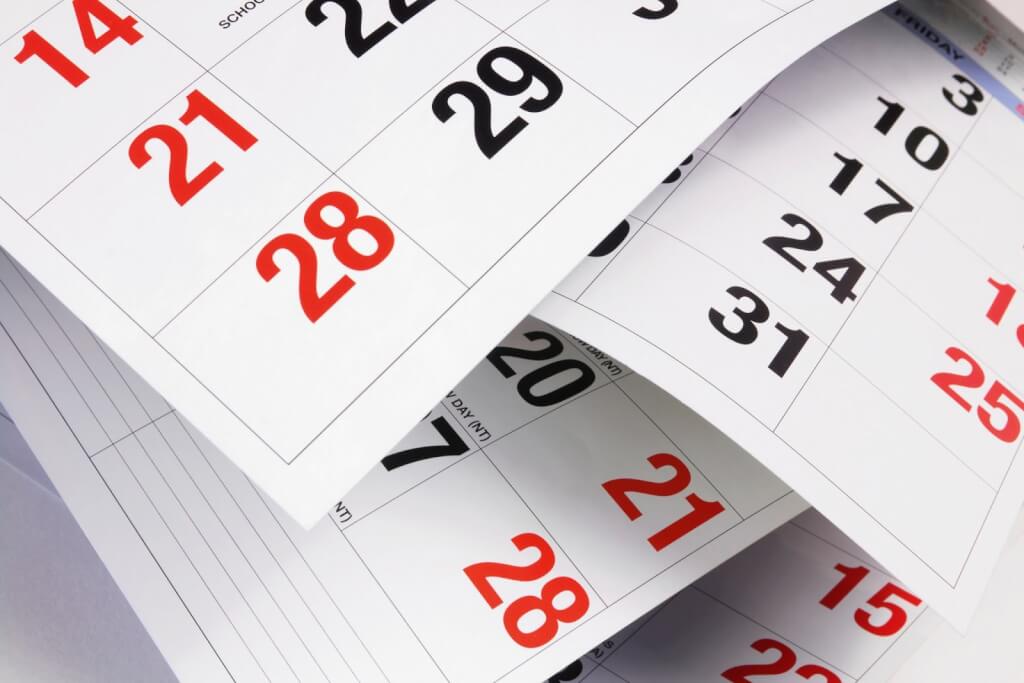 Do you know why Catholic and Orthodox Christians celebrate Christmas on different days? That’s because Western and Eastern churches have different systems of chronology. After the new Gregorian calendar was drawn up in the West, Catholics and Protestants began celebrating Christmas two weeks earlier than Orthodox Christians. But it is believed that the date of Christmas is the same, the difference is only on the calendar.

The meaning of the holiday 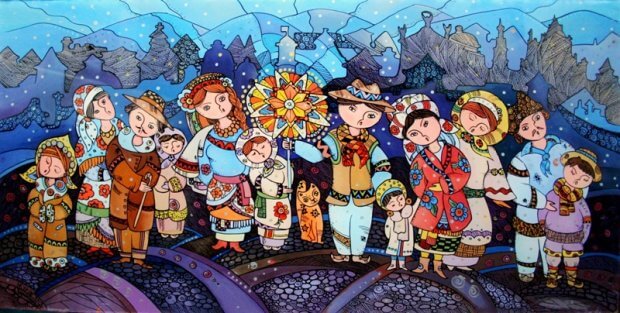 In the Western Christianity, the birth of Christ is the most important religious holiday in the year, while for Eastern Christians, Easter (the day of the Resurrection of Jesus) is more important than Christmas. In addition, for Catholics Christmas means a family holiday, yet for Orthodox Christians and Greek Catholics, Christmas is first and foremost a spiritual holiday.

The fast before Catholic Christmas is not as strict as before Orthodox Christmas. During the month before Christmas, Catholic and Orthodox Christians dedicated themselves to spiritual practices and spend more time with their families.

Here the differences between Catholic and Orthodox Christmas are more significant. In Orthodox Christianity, there is one worship that combines the Great Covenant, Matins and Liturgy, while Catholics have three festive Christmas masses: at night, in the morning and the next day. 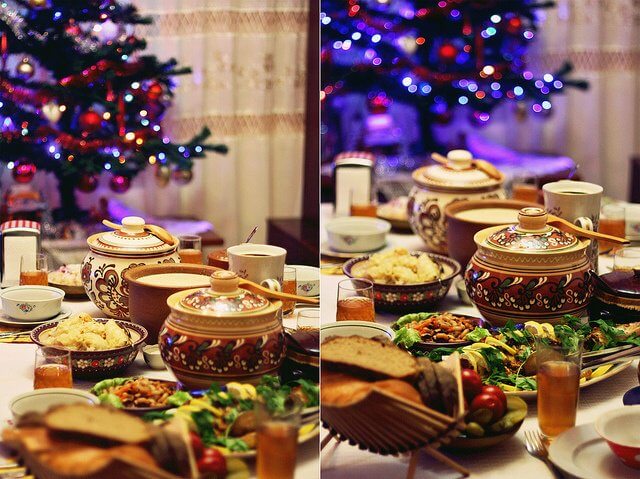 The Catholic dinner on the Christmas Eve traditionally includes only lean dishes: vegetable salads, apples, honey, nuts, raisins, various vegetables, and celery - all these products are the symbols of health, luck and prosperity. Fish is also a must on the Christmas table. And what about ducks, geese and turkeys?

Traditionally, there should be no meat dishes on the table on Christmas Eve. The first meal Catholics eat is “oplatka” – flat thin bread (used to give communion to parishioners). Yet on December 25, most Western Christians serve baked turkey or duck. Also, many Christians cook the so-called Christmas pudding. Such traditions are widespread in the US, UK, Germany, France, Greece, and other countries.

Orthodox Christians cook 12 lean dishes on Christmas Eve. As Catholics, they serve meat meals the next day. The first dish they eat is kutia. 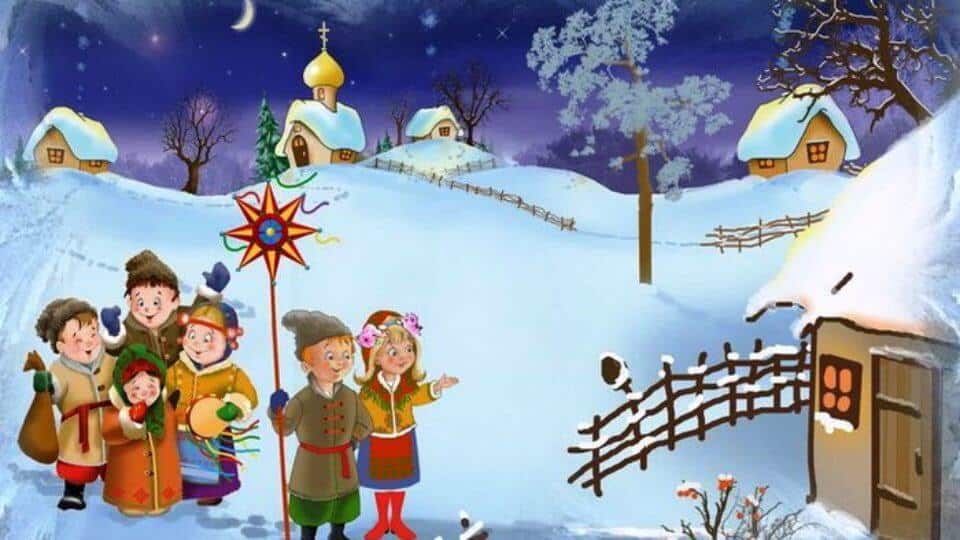 Caroling is common for both Catholic and Orthodox Christians. Yet the custom of caroling is not so popular among Catholics as among Orthodox Christians. Catholics usually carol in a family circle. Meanwhile, Eastern Christians go from house to house singing Christmas carols – in such a way they bring a message about the birth of the Son of God who will save the world. 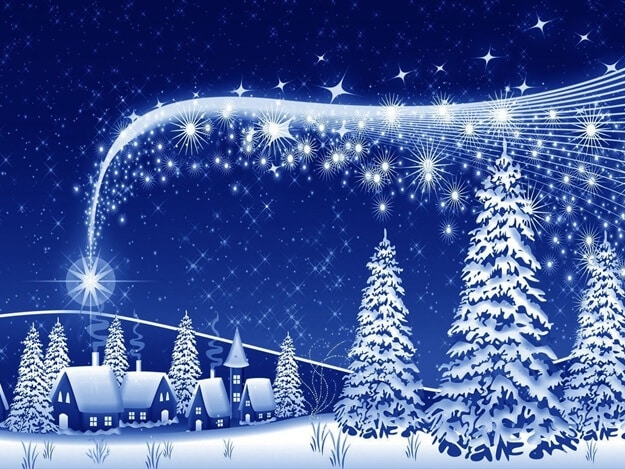 Catholics celebrate Christmas according to a strict plan, which is almost never violated. The first star in the sky on December 24 signifies the beginning of the Christmas Eve. Religious Catholics always read a passage from the Gospel of Jesus' birth before starting Christmas dinner. They exchange so-called “oblatky” (plates of fresh bread), giving good wishes to each other.

Orthodox Ukrainians also organize “vertep” - an old mobile puppet theater, where religious and secular plays are staged. Children walk around the houses with a small box that has little dolls inside and play scenes on the gospel plot about the birth of Christ. 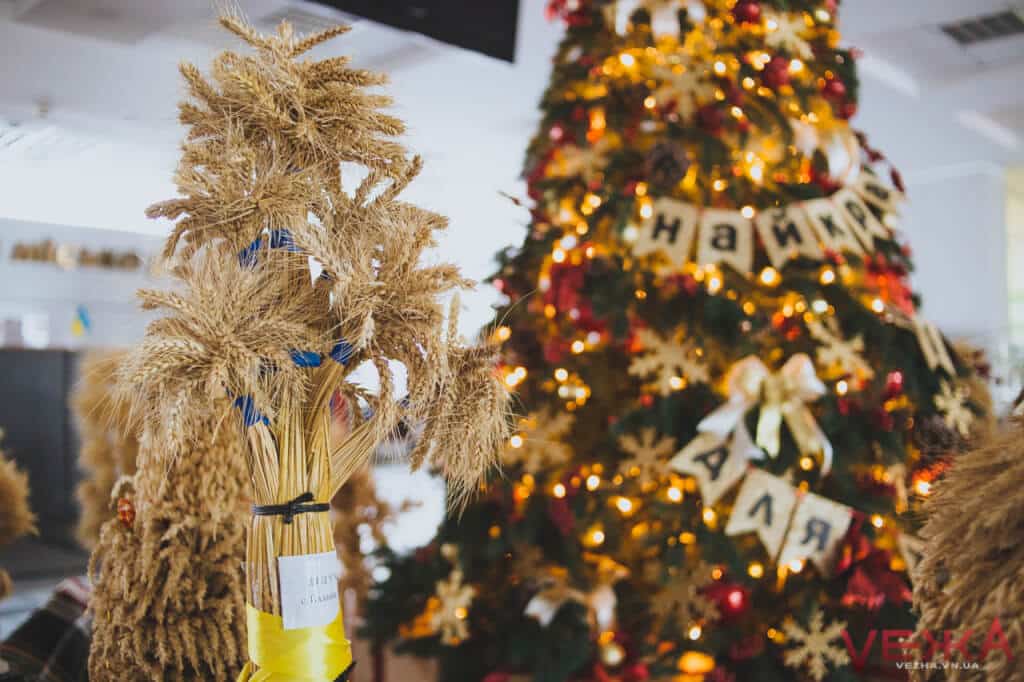 Catholic and Orthodox Christians decorate houses in a different way. Long before the holiday, the houses of Catholics are decorated with cribs with the figures of the infant Jesus and the Virgin Mary, as well as straw, which is one of the main symbols of Christmas among Catholics. Catholics also wrap their house with bright garlands, trim a Christmas tree, and hang a wreath a mistletoe. There is a wonderful tradition intertwined with mistletoe - everybody who stands under mistletoe should exchange kisses.

Orthodox Christians who have already met the New Year and have already decorated a fir tree (before the arrival of Saint Nicholas or Ded Moroz/Father Frost), have another ritual. They weave “didukh.” Didukh is a Ukrainian Christmas decoration, a symbol of the donation of the best corns from cultivating crops. It also symbolizes the harvest, welfare, wealth, immortal ancestor, the spiritual life of Ukrainians, and family talisman. Didukh is one of the oldest cults in the Christmas ritual of Ukrainians. Its tradition dates back to pre-Christian times.

The main character of the holiday 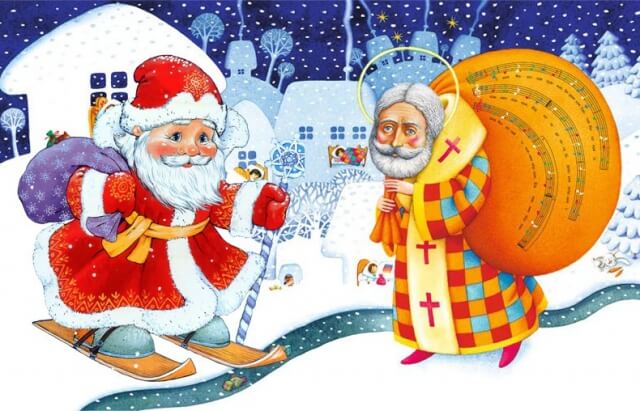 Of course, we all know that Orthodox Christianity honors Jesus Christ who was born on this day, yet the main characters of Catholic Christmas are Saint Nicholas and Santa Claus who bring gifts to children.

Have you liked the article about Christmas traditions?