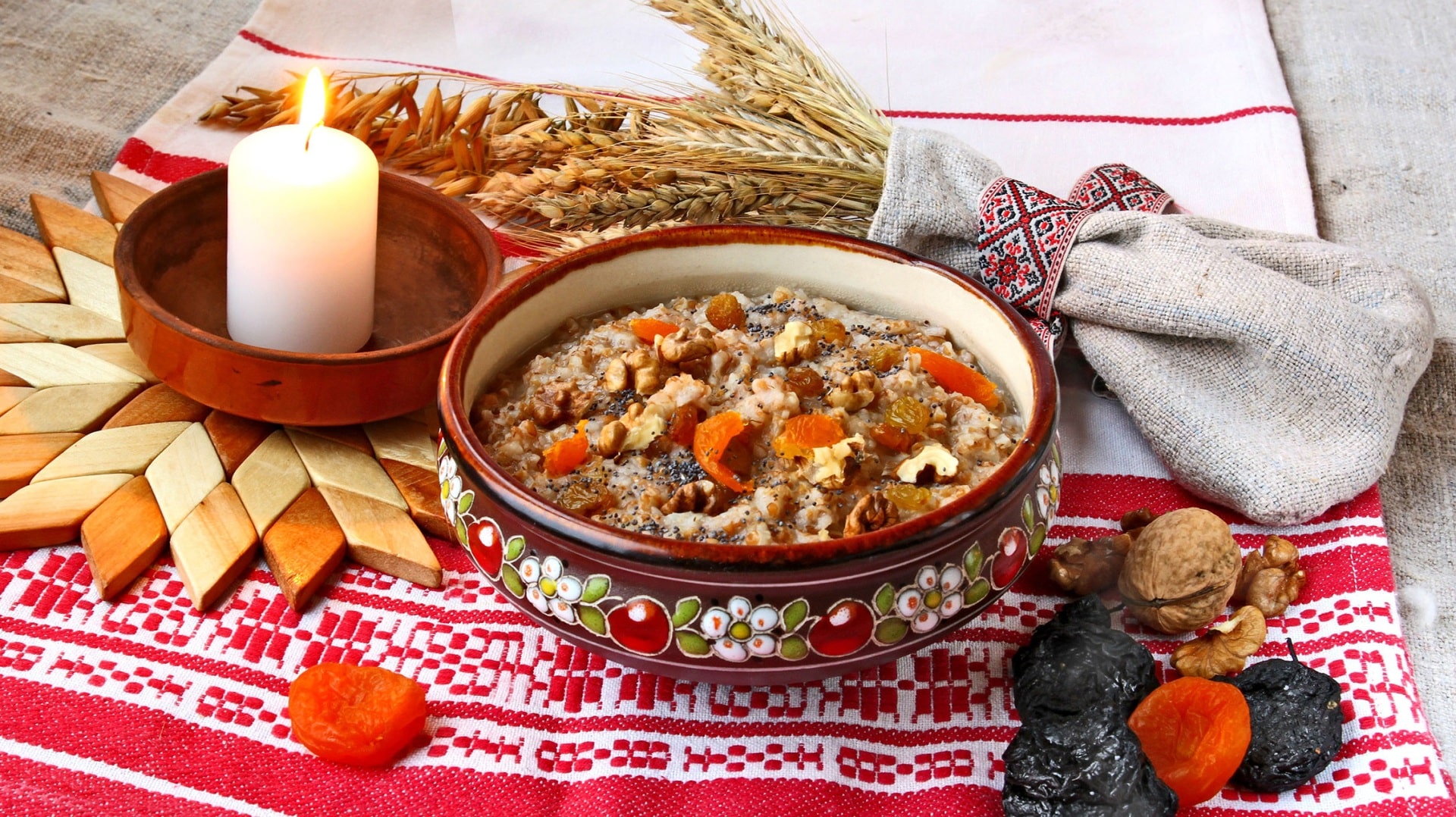 According to the Ukrainian tradition, the whole family gathers at one table during the Christmas Eve dinner. Since ancient times Ukrainians have followed such rules - you shouldn’t eat anything all day, and only late in the afternoon, when the first star appears in the sky, you can start dinner.

The Christmas Eve is a symbolic holiday when Ukrainians cook 12 special festive dishes. It should be noted that Christmas Eve falls on the last day of the Christmas Fast, so all meals must be lean. Today, in our “virtual” festive menu, we’re going to talk about 12 traditional Ukrainian dishes for Sviat Vechir (there are many other Ukrainian meals you can cook for Christmas Eve and we’re going to share them with you in our following articles). 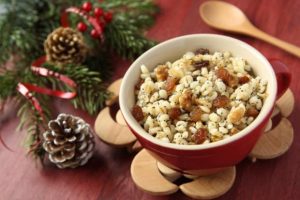 Kutia is a porridge made from unground wheat, rice, barley or oats with the addition of sweet ingredients like honey, jam, dried fruits, etc. Grains symbolize the eternal life and sweet additives - heavenly bliss. 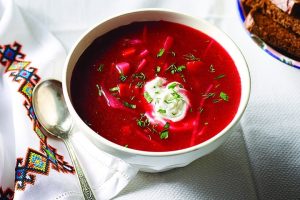 This hearty soup is often cooked with meat but there are lent recipes of this dish for Christmas Eve. Ukrainians usually use dried mushrooms, beets, carrots, beet kvass, dairy butter, and flour. The lent soup is often served with small buns called “ears.” These buns are made from dough and are stuffed with mushrooms.

Such a light sauce is just perfect for the lean table. It includes dried mushrooms, bulb onions, flour, oil, and spices. This sauce should be very thick, similar to modern cream soups. 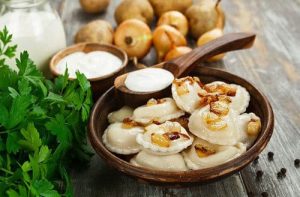 For Christmas Eve Ukrainians cook savory dumplings stuffed with cabbage. To make them you should knead simple dough using water, flour, and yeast. Then stuff each dumpling with the mixture of stewed cabbage and onions.

Holubtsi (cabbage rolls) is a traditional dish usually made of cabbage leaves, rice, and meat. Yet since the festive Christmas table should include lean dishes, Ukrainians use a mixture of potatoes, mushrooms, onions, and carrots instead of meat. Cabbage leaves are filled with vegetable stuffing, fried in a pan with a little vegetable oil, and then stewed in tomato paste. 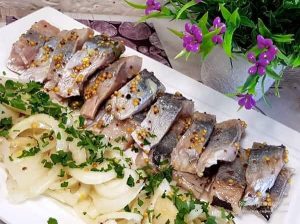 A very simple but delicious and spectacular snack. To pickle herring, you’ll need the fish divided into portions, bulb onion, and a marinade made of water and spices. It is important to prepare the herring in advance, as it should be marinated for at least 24 hours. 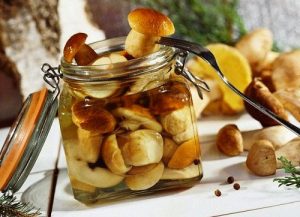 Mushrooms are great to use not only in soups and as fillings but also as a separate snack. The marinating process is somewhat similar to the one used to pickle the herring: you’ll need mushrooms, marinade, and... time) To cook the marinade use water, vinegar, and spices. Before pouring the marinade over preboiled mushrooms, cool it. 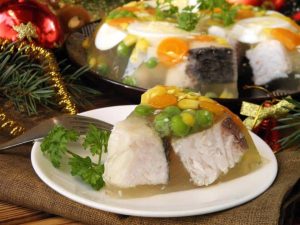 The gentle taste of jellied fish will perfectly complement the lean Christmas Eve table. To cook the dish you’ll need fish, bulb onions, carrots, vinegar, gelatin, and spices. This dish has to be refrigerated before serving since jellied fish needs time to set. 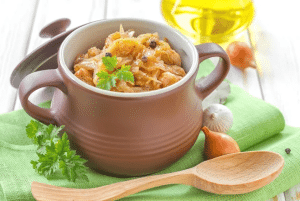 It’s one more simple dish that has a rich and pleasant taste. It is believed that each housewife cooks stewed cabbage in her own way but the general rules are the same: you should chop the cabbage, stew it in a pan with vegetable oil and water, and stir in some extra ingredients to taste (for instance, tomato paste, bulb onion, cucumbers) before you get the dish done. 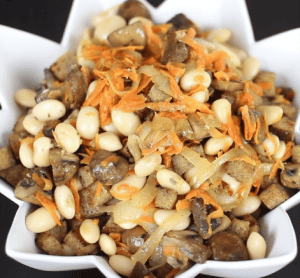 Haricots can be used to cook a salad or stew. To cook the salad, boil white haricots, combine them with grated onions, sliced bell peppers, tomato paste, and vinegar. If you want to make the stew, cook the haricots together with dried mushrooms, bulb onions, and garlic. 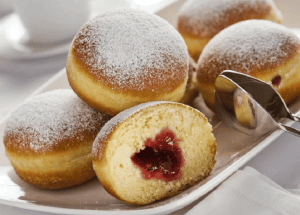 An integral addition to Ukrainian borscht. These are small buns made of yeast dough based on wheat flour. For the festive Christmas table, they are prepared in a special way: Ukrainians add the sweet filling, fry buns in oil and sprinkle them with powdered sugar. Such pampushky are very similar in taste to donuts. 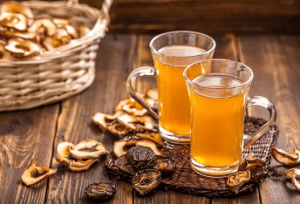 It’s a light and useful drink made using dried fruits. You can choose fruits to your taste - dried apples, pears, prunes, raisins or a mixture of different ingredients. Boil dried fruits in water and then add honey.

The Ukrainian Christmas Eve dinner is both symbolic and delicious. You can try to cook one dish from this festive menu, some of them or serve all twelve traditional dishes at your Christmas table!

#1. According to one of versions, 12 lean dishes symbolize