When did Ukrainians celebrate New Year in ancient times?

Today we are accustomed to starting preparations for New Year holidays in late November or early December. This makes sense because New Year is celebrated on January 1st and Christmas on December 25th or January 7th (whether Catholic or Orthodox ).

Yet, can you believe that Ukrainian ancestors celebrated these holidays on completely different days and even in different months? 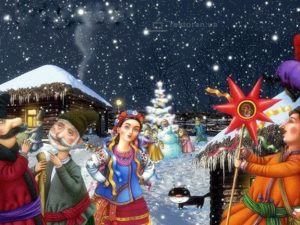 For the remote ancestors of modern Ukrainians, the New Year always was a spring holiday, which was associated with the rebirth of nature after winter sleep. The spring was the time when the Ukrainians began to work on the land. They associated the arrival of the New Year with the end of winter when nature begins a new life.

Nobody knows the exact date of the celebration, but historians claim that most likely it was on the eve of the spring equinox. This day was named New Summer and symbolized the beginning of a new life. It was a time when people remembered their dead relatives and burned a straw scarecrow.

The fact of the spring celebration is also confirmed by the names of the months in Latin. For example, October - from Latin octo means "eighth", December - in Latin decem means "tenth" and so on. 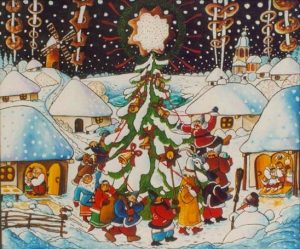 When Christianity and the Julian calendar were presented in Kyivan Rus', March 1 was approved as the beginning of the new year. According to church tradition and canons, this day is also considered to be the day of creation of the world.

Nobody knows exactly how the New Year celebrations happened back at the time. The most likely version - there were no lavish celebrations, but all day long Ukrainians attracted wealth into their homes. Despite the holiday, the Ukrainians continued to do household chores: they cut dry branches from trees to get a better crop next year, plant seedlings, and more. 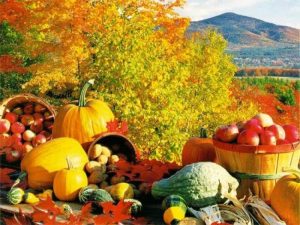 In the 15th century, the Greek-Byzantine church rite was adopted on the territory of modern Ukrainian lands. This led to change of the New Year celebration date - from March 1 to September 1. The holiday was called the day of Saint Simeon Stylites and meant the arrival of the new year.

However, on the Ukrainian lands that were part of the Polish–Lithuanian Commonwealth at that time, New Year's celebration was on January 1. That is why for a long time Ukrainians celebrated this holiday in different seasons. 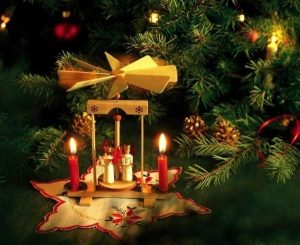 It is believed that Petro I borrowed the tradition to celebrate the New Year on January 1 from Western European countries that live according to the Gregorian calendar. But the chronology was still reckoned according the Julian calendar right up to 1918. Therefore, the New Year celebration dates in different territories of Ukraine did not coincide for a long time.

During the reign of Petro I, not only the date of New Year celebration was changed but also many other festive traditions were introduced. For example, to use fireworks, decorate Christmas trees, share wishes, and give costume balls. It was at this time when it was believed that decorating a Christmas tree could placate evil spirits.

So, in 1918, the Gregorian calendar was adopted all over Ukrainian lands, and since that time all Ukrainians celebrate New Year the same day - on January 1, like most of the world. But for religious reasons, there is one more day of celebration, called the Old New Year

#1. What did Ukrainian ancestors decorate instead of the New Year tree?