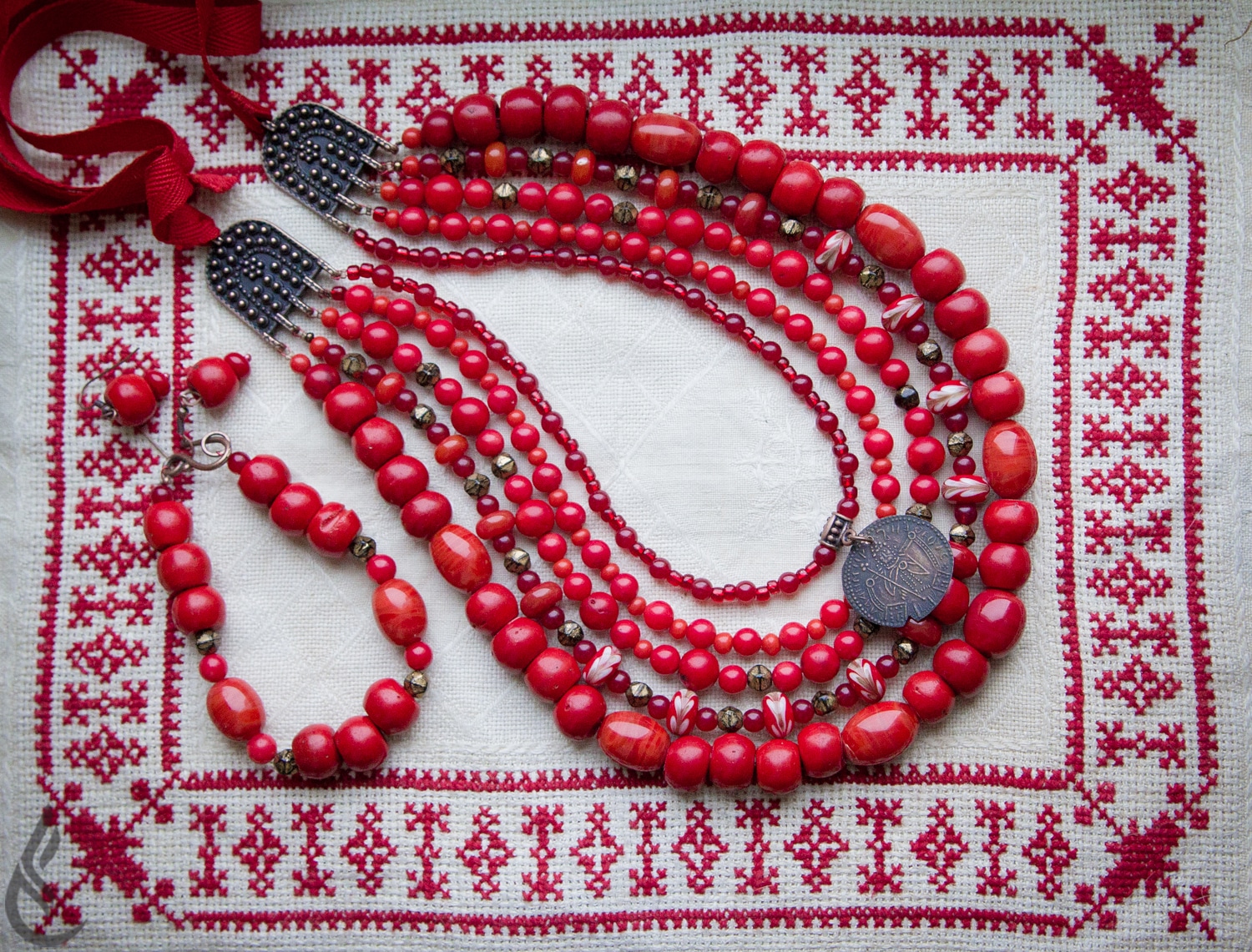 Namysto (necklace in Ukrainian) is a traditional women's jewelry worn by ancient and modern Ukrainian women. Such names as “busy” (beads), “monysto”, “bisery”, and “korali” were popular among Ukrainians. This variety of names means that such jewelry as beads was already known to ancient Ukrainians and left a large cultural imprint on history.

So it is not surprising that Ukrainian beads have not only aesthetic but also symbolic meaning. Find out how Ukrainian women wear this jewelry and what types of beads exist.

Precious jewelry for a Ukrainian woman 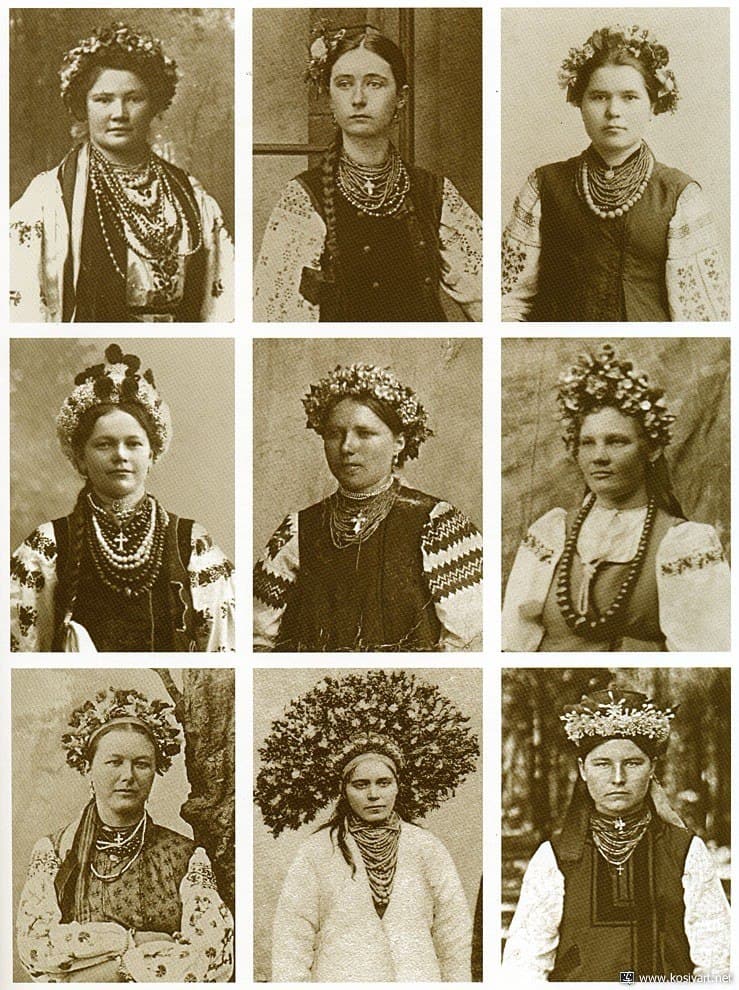 The materials used for beads were incredibly diverse: at first, grains, and seeds of vegetables and fruits were widely used, and later - beads of glass, metal, and stones were applied. With the development of jewelry art, Ukrainians started to add natural materials like amber, pearls, corals, and garnet. It is clear that only wealthy women could afford such beauty, and ordinary girls wore only simple beads.

At different times, ways of wearing beads were also significantly different. But one thing remained unchanged: a Ukrainian woman always wore a necklace every time she went outside. Beads were appropriate to wear on holiday, at church, and even on a normal working day. It was believed that a necklace not only emphasized the beauty of its owner but also drove away evil spirits.

The size and type of beads made it easy to determine the social status of its owner. The bigger number of beads a necklace had and the larger size those beads had, the richer a Ukrainian woman was. Ordinary women and girls wore 2-3 strings of beads, while wealthy ones had 10-15 strings. 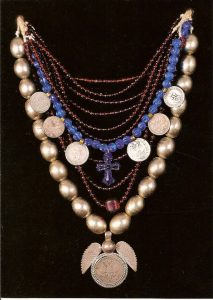 Usually, the metal necklace was made of brass in the form of spiral tubes, which were used to strung  crosses or coins. Jewelry called salba (cloth breast plate embroidered with coins) and dukach (looked like a coin with a bow) were most popular among metal beads.

This was a very expensive necklace because it included hand-painted beads that were brought from far away (Venice). Shells for pearl necklaces were also brought in from distant countries. Therefore, only wealthy girls had such jewelry. 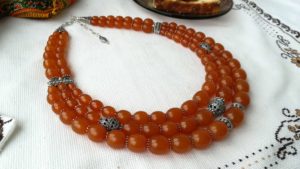 Amber has been extensively extracted in Kyiv, Volyn, and Subcarpathia regions. It was strung on a long thread and worn every day. Ukrainians believed that such beads had a positive effect on women's health and beauty. 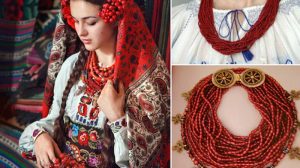 This is the most common type of Ukrainian beads. Red corals were perfectly combined with traditional embroidery and looked as a whole. Necklaces were made from corals of different sizes - large beads were put inside and small beads - along the edges of beads. 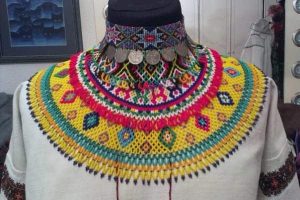 Initially, this type of necklace was also expensive, because seed beads were brought from Murano island. Yet when Ukrainians started to import seed beads from the Czech Republic, then weaving of necklaces became affordable.

And what do you think about such traditional Ukrainian jewelry?

#1. The most widespread beads in Ukraine were