Made from fragrant herbs and tender flowers, decorated with bright ribbons and endowed with magic powers, a Ukrainian wreath – is the ancient symbol of Ukraine. Let’s find out more about this one of a kind ethnic decoration forming the basis of Ukrainian national identity.

It’s hard to imagine a true Ukrainian girl without a wreath. Since olden times, Ukrainian girls decorated themselves with different wreaths emphasizing their tenderness, femininity, youth, and virginity. It was believed that a wreath wields power to still pain, attract love, and protect from the evil spirit. Each flower in the wreath had its own specific meaning. Girls expressed their feelings and state of mind and told about what happened in their lives using the language of flowers.

Today a flower wreath is not only a symbol of Ukraine but also is an unbelievably stylish, modern accessory. - Everlasting flower symbolizes health. This simple-in-appearance plant was considered to be a powerful amulet against diseases.

- Сornflower tells about sincere fidelity and beauty of the soul.

- Periwinkle is the symbol of immortal soul and life.

- Guelder rose berries are the main symbol of virgin beauty.

- Hop is the personification of intelligence and wisdom.

- Milfoil is the symbol of endurance.

- Ears of wheat were used in a wreath as gifts of generous earth and welfare.

- Poppy is the flower of wishes and the symbol of fertility, beauty, and youth.

- Sunflower represents wellbeing, ambition, and strength of mind. It was believed that this plant is the most steady and everlasting one in the “flower kingdom.” - Bright mallows and peonies can tell about the force of belief, hope, and love.

- Madonna lily personifies virginhood. The girls who entered a monastery put this flower in their wreaths as the symbol of the end of worldly life.

In order to endow a wreath with a magic force such herbs were used: wormwood – the main component, melilot – the symbol of faith, and oak leaves standing for courage and strength. Yet the most powerful amulet was and is periwinkle representing the immortality of human nature, the power of love and maiden beauty.

Meanwhile, dogberry, fern, and datura were strongly forbidden to inweave into the wreath. The presence of young men was also unacceptable.

In autumn, when herbs faded, wreaths were made using golden leaves, and in winter artificial flowers were used (for instance, wax flowers).

There are more than 70 variations of weaving among which are ritual, traditional, magic, and many other.

Ribbons in the Ukrainian wreath 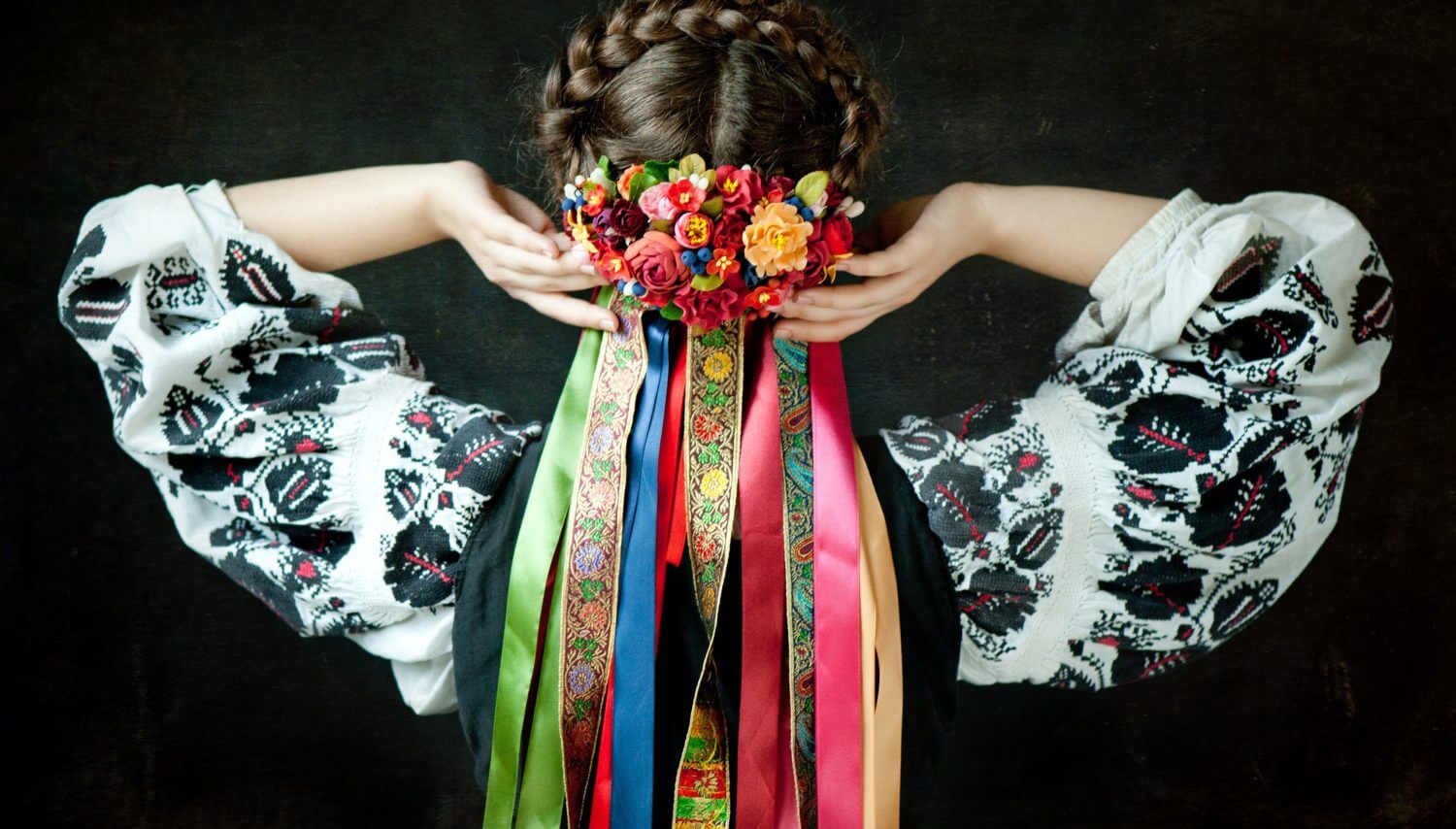 Apart from flowers, the Ukrainian wreath also has multicolored satin ribbons. The choice of a certain color was not accidental, there were strict traditions and certain rules. Wreath twining is a whole science that was passed from generation to generation. From a young age, girls were taught to correctly weave ribbons and understand what this or that color means.

The length of ribbons was slightly longer than the length of a plait in order to “hide” hair in the midst of bright ribbons. Each of ribbons served as a healer and an amulet protecting from evil eyes. 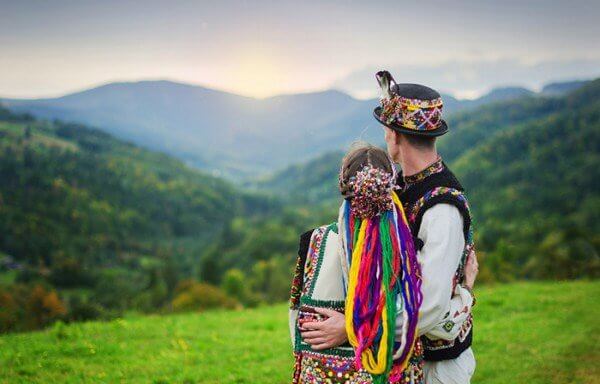 Have you liked the article about a Ukrainian flower wreath?