Masliana, one of the oldest and most favorite holidays of Slavic people, is coming soon. This yummy and incredibly nourishing holiday lasts for a whole week, right before the beginning of the Great Lent. Today Masliana is one of the church holidays and is also called the Cheesefare Week, Butter Week, or Pancake week.

The time of this old holiday is changed every year, and in 2019 Masliana is celebrated from March 4 (Monday) to March 10 (Sunday).

People associate this holiday with tasty pancakes and joyful celebrations. The main purpose of Masliana is to wake the spring from sleep and drive away the winter.

Every day of the Pancake Week has a certain meaning, name and interesting customs. Almost all customs arose long before the adoption of Christianity by the Kyivan Rus’. The names of weekdays have pagan or household, common folk roots.

Traditionally, Masliana started on Monday. On this day people began to cook pancakes (the first pancake was given to the poor or left on a window sill for dead relatives). The main tradition of this day was to visit relatives. It was especially important to come to see co-parents-in-law. For unmarried girls, this day was the day of acquaintance with the bride's parents.

Swings, ice slides and stage for performances were also started to build on Monday.

In addition, on Monday people began to make the scarecrow. On the first days of the Pancake week children went door to door and asked for old clothes. Then they put those clothes in a pile and burned them to get the traditional fire called “maslianka.”

On this day celebrations were only starting to gather momentum and were not very pompous. They ended up in the evening.

This day was devoted to the young families who married a year ago as well as to the marriage brokerage. It was believed that this day was favorable to the conclusion of the strongest unions.

Young men waited for ladies in the village streets and flirted with them. If a couple went down the hill in one sled, it was believed that the boy showed sympathy for the girl.

On this day, unmarried girls threw a party. Bridegrooms came for dinner and were treated with pancakes and flat dry shortcakes. According to old beliefs, if on this day you do not come down the slide in a sled, then you’ll "offend" Masliana.

The third day of the Cheese week is famous for "mother-in-law’s pancakes." On Wednesday, mother-in-law invited her son-in-law and fed him with pancakes. The tradition to visit mother-in-law on Wednesdays to feast on pancakes is still alive. Mother-in-law endeavored to set the rich table, thus showing her attitude towards son-in-law. All comers were also welcomed and invited.

Thursday is the day when celebrations reached their peak. People not only ate pancakes but also organized festivities. In the old days, celebrations were so enormous that most often all work was canceled.

People sang songs and danced. They set up a sledding race. The male half of humanity was engaged in fist fights. Fires were built all over; people jumped over fires, thus purifying their souls. The festive table was the most diverse and rich on this day. People treated not only friends and relatives but also casual passers-by.

On this day, according to tradition, son-in-law had to treat his mother-in-law with pancakes, who on that day had to come with a visit. The richer the table the son-in-law arranged, the more respect he showed to his wife's mother. 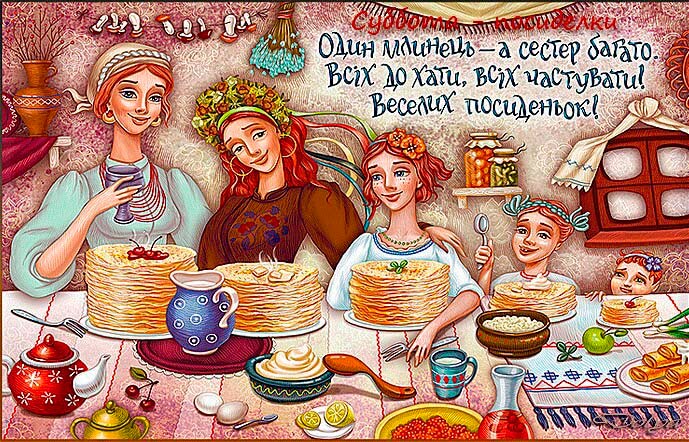 According to custom, a young wife had to invite her husband's sisters (sisters-in-law), entertain them and treat to pancakes.

On this day of the week, celebrations were the most modest. Everything began to calm down, and people either were at home or visited relatives/friends.

Masliana finished with "Shrove Sunday". The name of this day speaks for itself. On this day, people farewelled a delicious, fun, and festive week, and at the same time, they apologized to relatives and neighbors for offences.

People adorned horsed carriages and collectively went to the main square to burn the scarecrow. And the food that was left after the holiday was either burned with the scarecrow or thrown away.

Have you liked the article about interesting old Ukrainian traditions of Masliana?

As a bonus, we are glad to share festive greeting cards describing the traditions associated with a particular day of Masliana - 7 days — 7 traditions — 7 cards 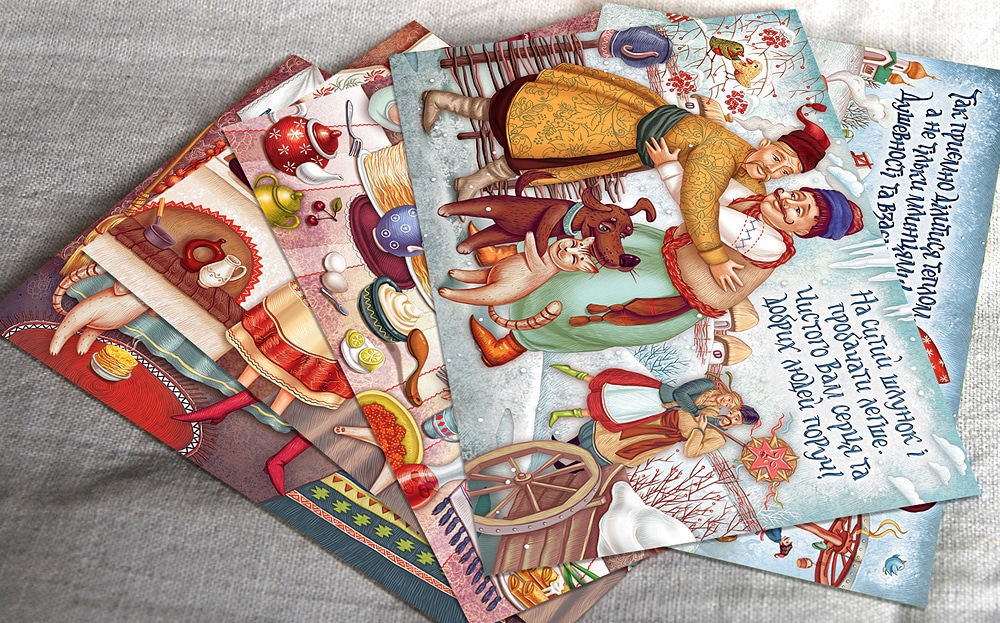 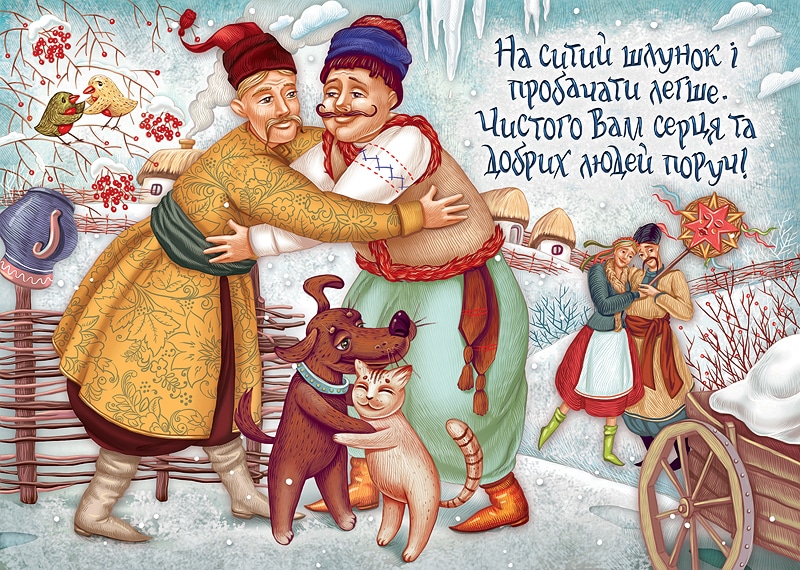 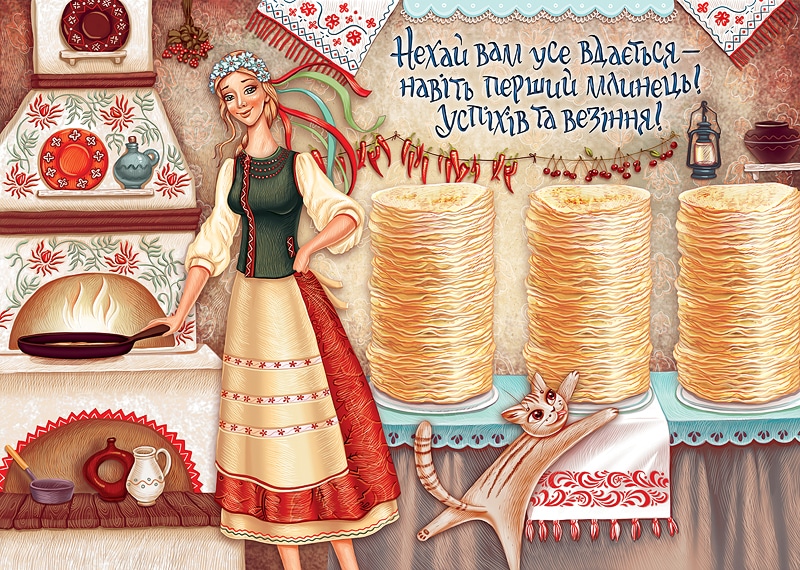 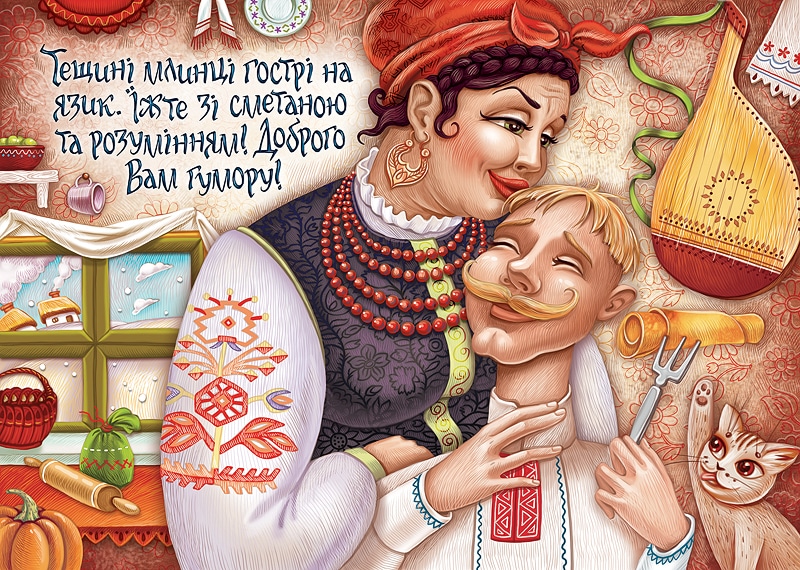 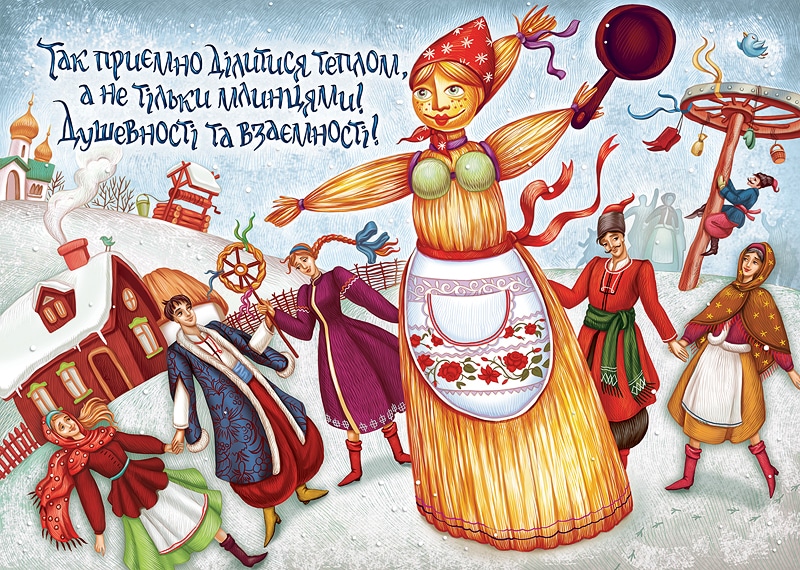 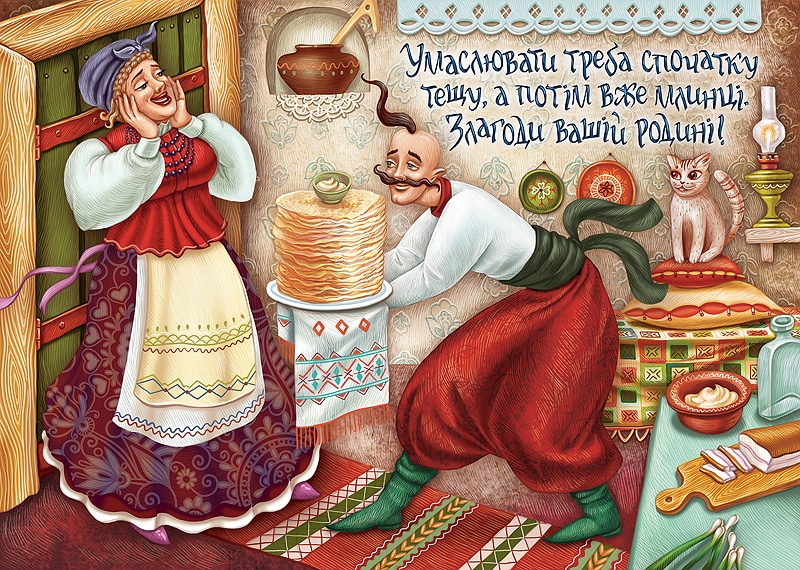 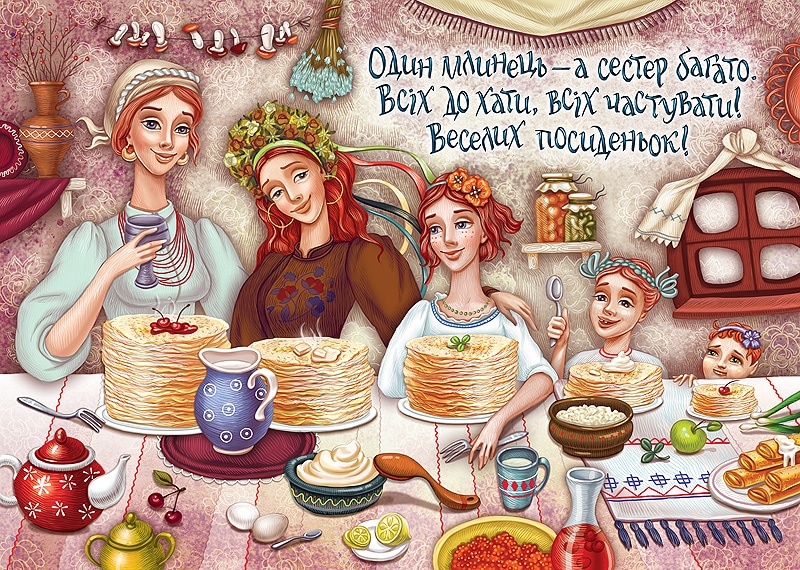 About Ukraine, Dessert
4144
No tags