The most interesting facts about Ukrainian Cossacks

The Cossacks are a separate and unique phenomenon not only in Ukrainian but in the world history as well. Nowhere in the world was there such a notion as “Sich.” Not without reason, along with the courage, strength, cunning, and intelligence of the Cossacks, there is often a drop of mysticism that makes them something more than just warriors.

How it all started 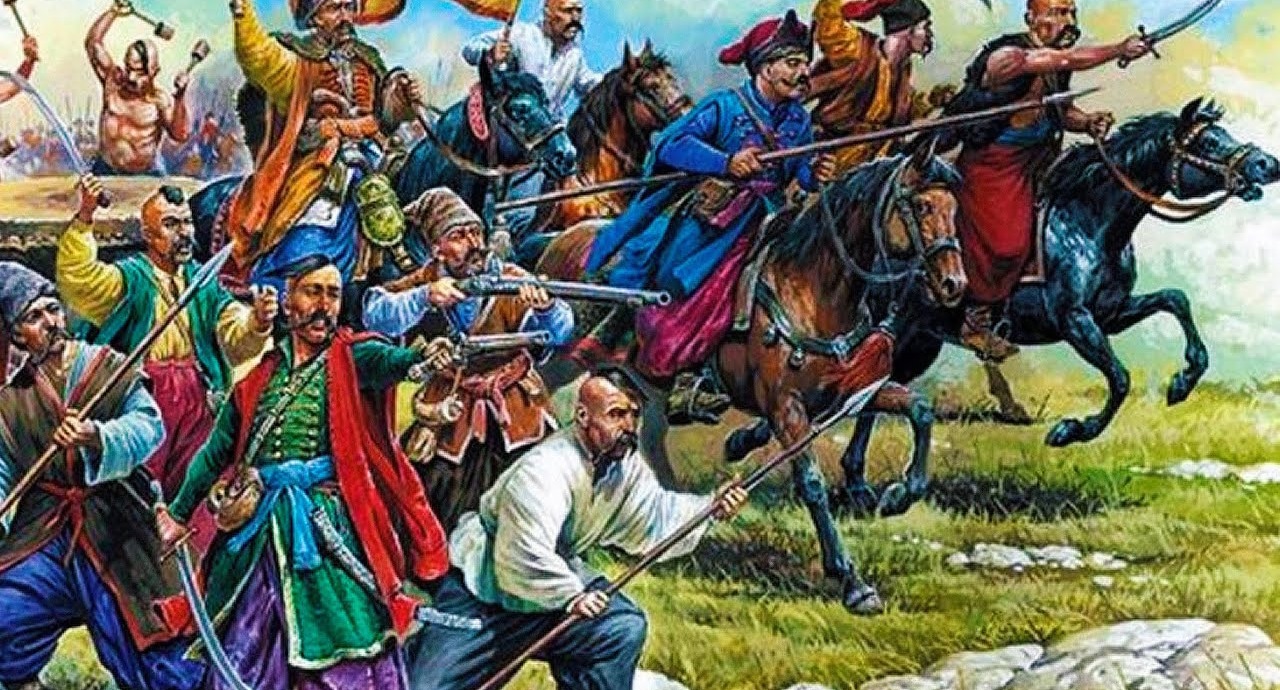 Eight centuries ago, Ukrainians were constantly attacked by neighbors, raided by nomads. Due to this Ukrainian men (who later were called Cossacks) rallied to protect their land and Zaporizka Sich was formed (it became the administrative center of the Cossacks).

Democratism, rigid hierarchy, and discipline were inherent to Cossacks for centuries. The highest authority in Sich was the council which chose the Hetman.

Origin of the Word “Cossack”

Some Polish researchers believed that it came from the name of a well-known leader, whose name was Kozak and who skillfully fought the Tatars; or that the name comes from the word "goat" because the Cossacks were very cunning and could get anywhere.

In Turkish "Cossack" meant "vagrant", "robber". It makes sense that the Turks gave the Cossacks the very nickname. Obviously, this nickname has caught on in Ukraine and over time completely lost its negative connotation. 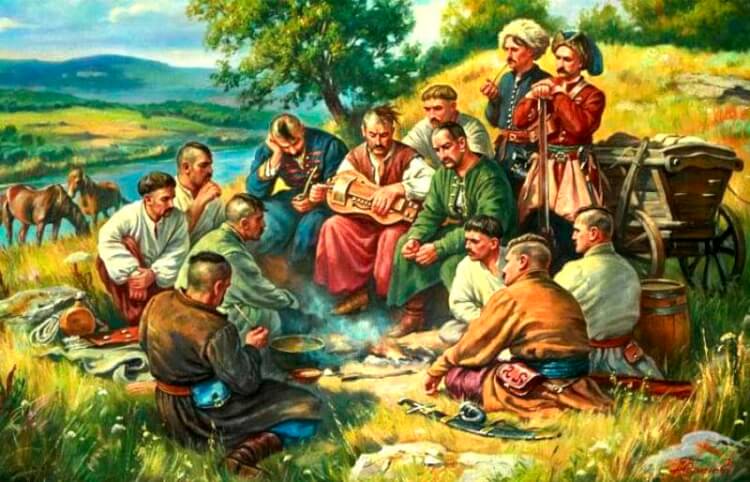 Cossack food was very simple. Dinner consisted of two dishes. The first was called "salamakha", it resembled porridge made with fried flour, water, and salt. The second was called " teteria" and was a mixture of flour, grains, and millet. This dish has a thinner consistency than "salamakha" because Cossacks added fish broth to it.

The dishes were served in large pots called "vahanky. " The Cossacks never ate bread with their dinner because it was almost impossible to bake enough bread for so many people.

Cossacks ate from one cauldron. It was regarded as a sacred object and a symbol of their military unit. The Cossacks’ riots began when they turned upside down their cauldrons. The cauldrons also symbolized the military unity of the “kurin” (Cossack hut). 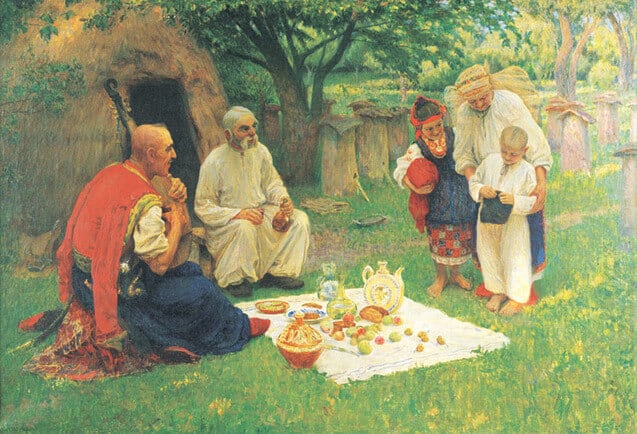 Cossacks had an interesting custom. Their huts were always open. A traveler or passerby could go into a hut, have a rest, eat a meal, and hit the road further. And he could do this even if the owner wasn’t at home.

However, there was a strict rule – he should take nothing from a hut, otherwise, there would be a punishment. And when someone founded a thing in Sich, he tied it to a high pole. If the owner was not found within three days, then the thing became the possession of the one who found it. 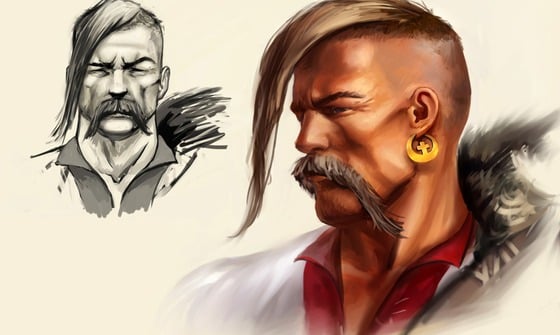 As for the specific mustache and chub (haircut that features a lock of hair sprouting from the top or the front of a shaven head) of the Ukrainian knights, it is said that the Cossacks inherited them from pagan ancestors. The tradition of shaving their heads and faces passed from local tribes to Kievan Rus, and so eventually came to the Cossacks.

Historians say that the ancient Slavonians did not have any God with a beard or long hair, and therefore such an image was long considered divine. Although, there is another legend that goes that the Cossacks considered themselves too sinful for paradise. That’s why, when they arrive in hell, God can have mercy on them and drag them out of hell by their chub.

And the Cossacks also said: "When I will die at war - an angel will carry me to the sky pulling my chub."

Society without police and prison 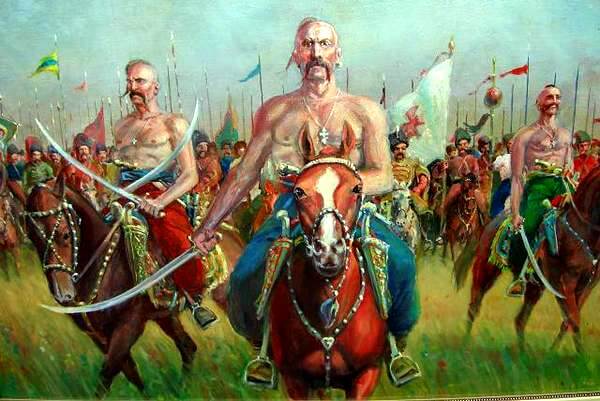 It might seem impossible but there was no police or law enforcement in the thousand people community, compared to all other major cities. The laws in Sich were harsh enough. For stealing something or killing one of the “brothers”, the Cossack paid with his life, and it was in a rather cruel form: he could be buried alive together with the dead, or was beaten with sticks, which often ended fatally. Yes, it can be said that it is not humane, but the discipline was excellent.

The chief person was the cook 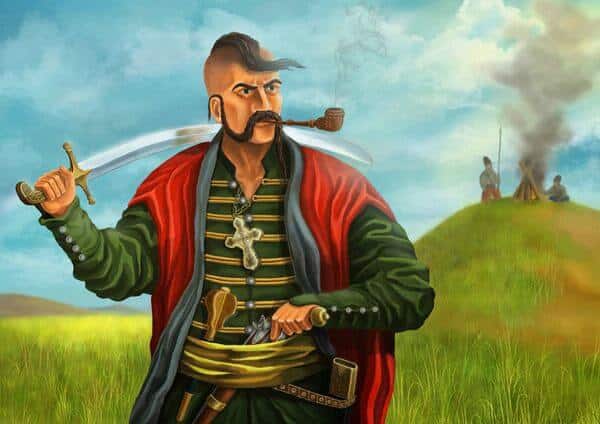 At the beginning of Sich, “kashevar”, a cook was hetman. No wonder that he was called “Koshevyi Otaman.”

Until the middle of the seventeenth century “Koshevi Otamany” were often called hetmans.

Among Cossacksc, the power of hetman was limited by reporting, time and council of the Cossacks. Each hetman reported annually to the council on January 1st. If the Cossacks expressed dissatisfaction with his actions, hetman immediately threw his hat on the ground, put his stick on, bowed to Cossacks, thanked for the honor given to him during the year, and went to his hut. 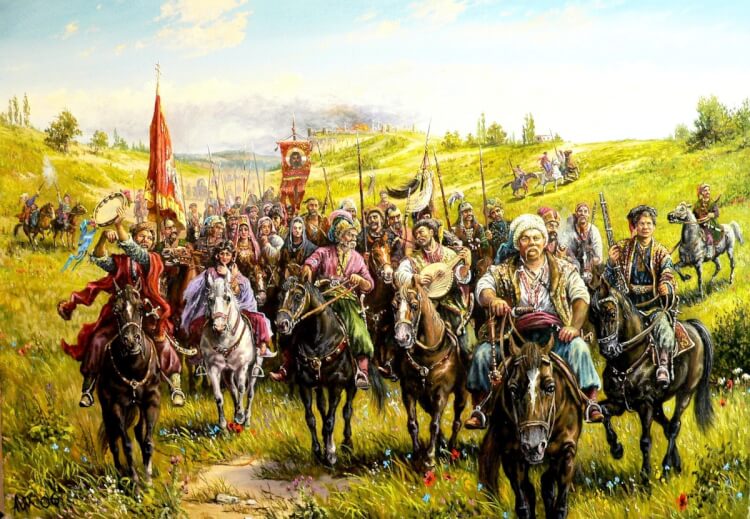 Zaporizhzhya Sich is rightly called the First Democratic Union of the World. Considering that many people came here because of social injustice, this is not surprising. All questions regarding the life and activities of the Cossacks were decided by a vote on the councils.

It is believed that in peacetime the main entertainment of the Cossacks was drinking. Of course, they consumed strong drinks but they also enjoyed cultural activities: playing musical instruments, singing songs, dancing and organizing demonstration fights for fun. They also had a lot of household chores, because there were no women in Sich and they had to do all work themselves. 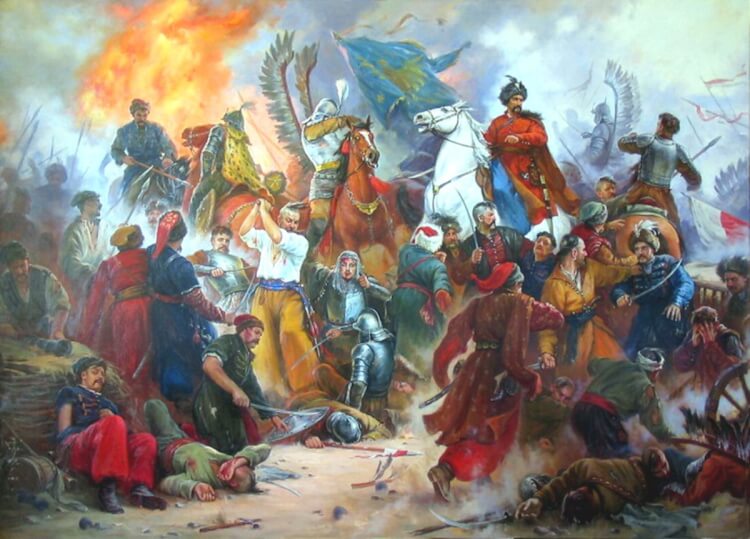 In military campaigns, Cossacks were strictly forbidden to drink. Violation of this rule equated to treason and could be punished by death. 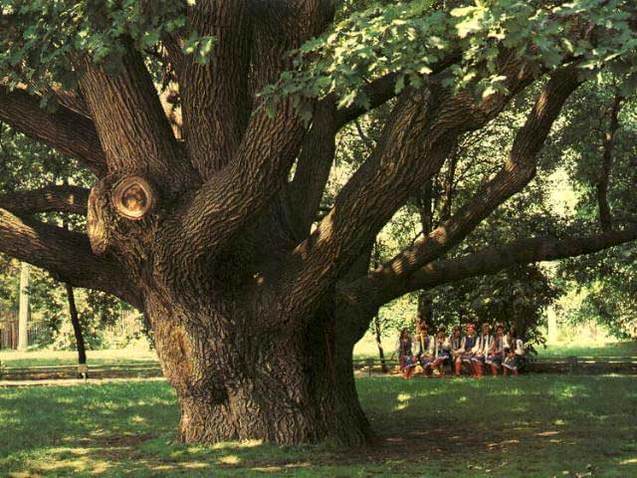 It is said that a huge oak is still growing on the island Khortytsia. It is sung in Cossack songs and legends. Some of them tell that the Cossacks performed their rites under this tree before going to the battle. People say that this tree has been around for 700 years.

Let's also mention the unique boat used by the Cossacks for military campaigns. As strange as it may sound but it can be called the "ancestor" of modern submarines. The boat consisted of two bottoms between which the cargo was placed to immerse the vessel in the water.

The Cossacks invisibly floated to the enemies. Before attacking, the cargo was thrown out and the boat suddenly came to the surface. Of course, this was a surprise to the enemy as no one expected the Cossacks army to emerge from the depths of the sea:)

The famous Cossack boats called inverted seagulls (they were not afraid of storms or enemy warships) were used with the same purpose. They were often flipped upside down to sneak up on the enemy.

Have you liked the article about Zaporozhian Cossacks?