Ukrainian Christmas decoration didukh. What does it mean? 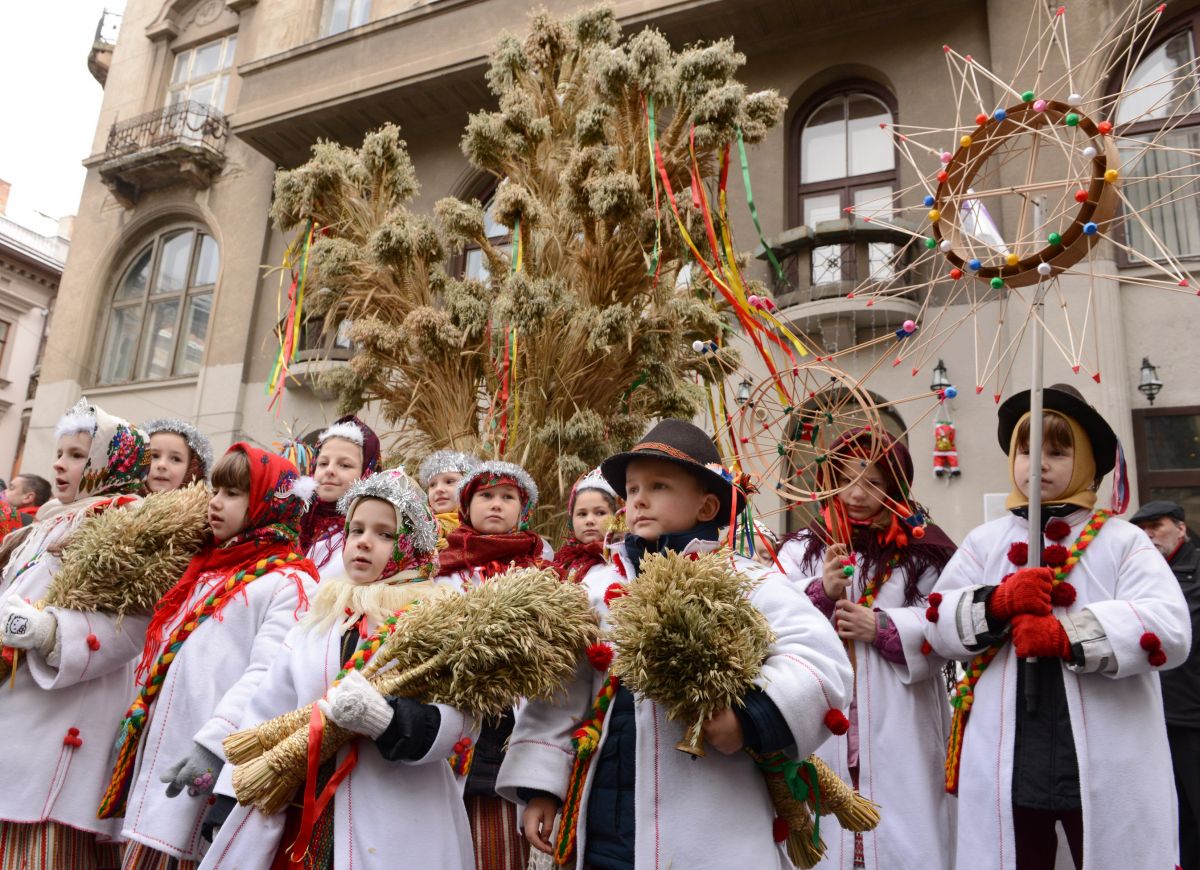 If you cook Ukrainian recipes and are interested in national culture, then you probably know that Ukrainians have a great number of traditions and talismans with some secret, hidden meanings. On New Year and Christmas holidays, we make a special decoration called didukh/diduch (wheat sheaf). 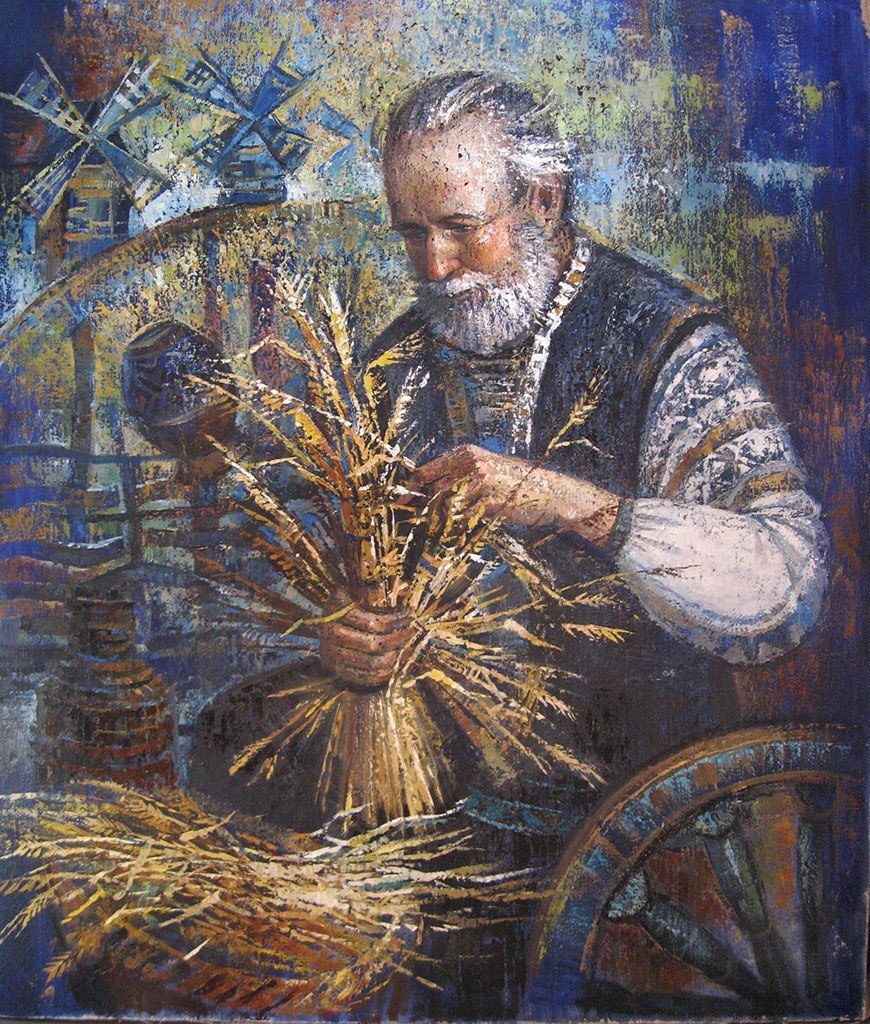 Didukh has many names: straw talisman, dido, snip-rai, koliada, didochok, and kolidnyk. Traditionally, the sheaf was made from the last stalk of wheat harvested during the year. It may include wheat, flax, oats, and rye. According to the biblical parable, Jesus Christ was born in a stable in the cold season. When Joseph saw a crack in the wall, he closed it with a sheaf, so it became warmer in the stable. Thus the tradition to put a festive sheaf in the house appeared.

Customarily, Ukrainians brought diduch to the house on January 6 - as soon as the first Christmas star appeared in the sky. At Christmas time, a festive sheaf is placed in the icon corner (the holiest place in a house where Ukrainians put images of saints, candles, and Bible) for a week or more (even till the Epiphany on January 19). Diduch brings a truly festive mood, a feeling of well-being, comfort and family unity. By the way, after the holidays, diduch isn’t thrown away, because it symbolizes not only Christmas but also the link between generations.

The power of diduch 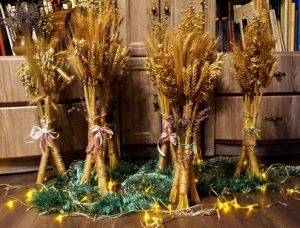 When the Christmas sheaf was brought to the house, it filled the environment with the festive mood, welfare, peace, and joy. Diduch has the strength of family ancestors, symbolizes the preservation of memorable family events and traditions. It also protects the family from any evil. There is even saying among the people "diduch to the house - trouble from the house." It has been used since ancient pre-Christian times when Ukrainians believed in the god Koliada.

The composition of didukh is of great importance to Ukrainians. The use of hay during the Christmas holidays brings a positive energy boost, inspires a spirit of joy and happiness. Ukrainians know that diduch acts as a guardian and protects their family from evil spirits and unkind people.

Today diduch is a small bouquet of different flowers, herbs, and spikelets. Most families have lost this tradition for a while, but nowadays this festive sheaf more often appears in the homes of Ukrainians.

In some cities, special events are held to honor the power of diduch. For example, in Lviv, there is a tradition to bring the three-meter-tall straw sheaf along the central street of the city - Liberty Avenue. In Kyiv, Ternopil, Ivano-Frankivsk and other Ukrainian cities, there is also a tradition to put straw talismans in the central squares.

Have you liked the article about diduch - Ukrainian Christmas decor? 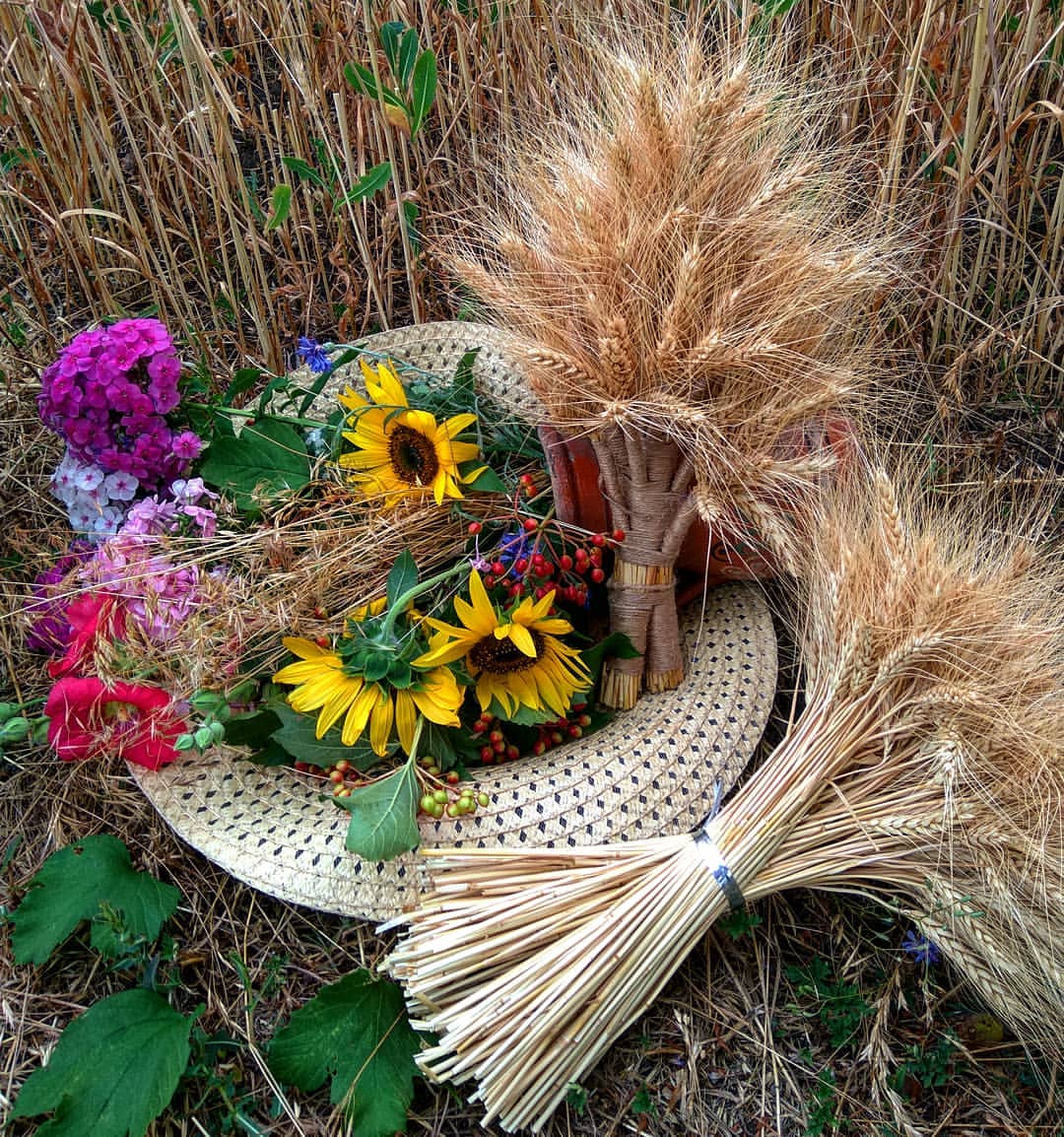