Ukrainian Easter egg designs – What do they mean? 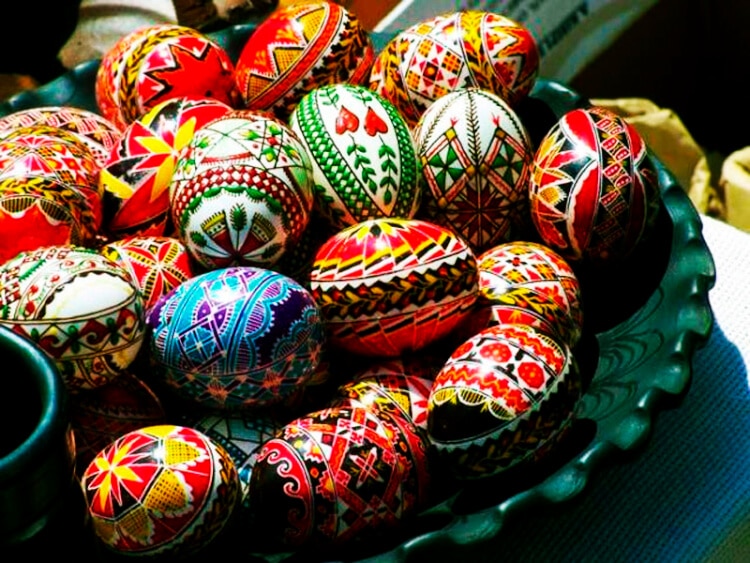 “Pysanka is a unique wealth. We must preserve it as an invaluable treasure! We should be proud of it before the whole world.”

Pysanky (Easter eggs) belong to the best works of Ukrainian folk art. From olden times, they were made by rural girls and women, monks and icon painters, urban ladies, bakers, and many others in the spring, right before Easter. That’s why the decoration techniques vary so much.

Researchers believe that the Ukrainian Easter egg has over 100 symbolic patterns. The vast majority of pysanka ornaments has an ancient origin, and all of them have a special meaning and strength. 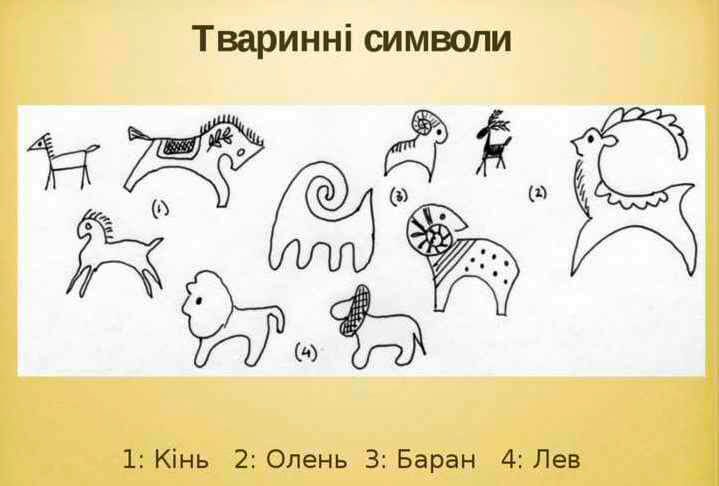 The sun was depicted on Easter eggs in the form of a circle, an octopus star (which was also called “ruzha”), a cross, a tripod (the image of three beams that came from one point and were twisted in one direction) or a svarga (the rotating cross that is a symbol of the development of the universe and the Slavic amulet, connected with the pagan god of fire and war – Svarog).

The cross is the ancient symbol of the sun, fire, and soul. It is considered to be a "God's sign". The cross is the intersection of two lines: eternity (vertical) and time (horizontal). It is a symbol of being and nothingness, beginning and end. In Christianity, this symbol represents the suffering and joy of the Resurrection and the redemption of sins.

This symbol was depicted in the form of five-, six-, seven-, and eight-cornered stars. The hexagonal star is a sign of six sides of the horizon correlated with the sky, as well as the sign of the year: two halves for six months. The octagonal star is a symbol of love (a pysanka with a star presented as a gift was considered to be a confession of feelings).

In the Ukrainian tradition, this symbol is associated with children. That’s why, women who could not get pregnant for a long time, were advised to decorate Easter eggs with flowers and present them to children.

Green trees, branches, and leaves are a symbol of life, spring renewal after winter sleep, eternal youth, health, and growth.

These are the symbols of vitality and the birth of life. Pysanka with these ornaments gives health.

This sign represents the union of opposites. It symbolizes unity (the beginning and the end) in the fight of heat and cold, day and night, light and darkness, man and woman.

Symbolizes water and its fluidity. Water is also the embodiment of the life-giving female principle, the source of natural forces. In Christianity, water symbolizes purification (the rite of baptism). On pysanka, water is depicted in the form of doodles as well as zigzags and wavy patterns.

They symbolize ordering, stop before the test, and fertility. A pysanka may have 40 and more sword triangles (some of Easter eggs have over 60). The number 40 is symbolic in human life: 40 weeks a woman is pregnant. In Christianity: 40 days lasts Lent, 40 years Moisei was wandering in search of the promised land.

It symbolizes the universe where every creature has its own place, where each phenomenon is subjected to rules. This image combines the vision of ​​time, space, life, and death.

The tree can be divided into several parts: the tree crown (the world of heaven where birds, bees and heavenly bodies are traditionally depicted: the sun, stars, and moon), the tree trunk (the earth world: large animals and people), and tree roots (underground world and water: here snakes, frogs, fish, and waterfowl are depicted). On a pysanka, the tree of life is displayed in the form of a flower pot with a floral tree symbolizing the family (father, mother, and children).

These patterns also symbolize water, embodying clouds and rain. Pysanky with rakes and combs were made in drought to “invite” rains that will bring a good harvest.

These symbols stand for power, patronage, and unity.

It symbolizes the sun. There are two varieties of ornament: the right-hand side symbolizes the rising sun, goodness, the awakening of nature in the spring, and positive male energy, while the left-hand side means the sunset, destruction, degradation, evil, and negative female energy.

Swarga is also the embodiment of luck, longevity, fertility, health, and life. On Easter eggs, it is displayed in the form of a broken or hooked cross (in some regions this ornament was also called as leeches, rooster combs, and duck necks).

According to the Christian tradition, the grapevine is a symbol of spiritual revival and the ancient symbol of the family.

The oak leaf embodies strength, longevity, and patience. In combination with acorns, it symbolizes spiritual and physical maturity.

The bird is the symbol of a human soul (according to beliefs, the soul flies like a bird to the newborn and flies to heaven when a person dies). The bird acts as a “conductor” between heaven and earth; a guard from evil; a symbol of love, loyalty, and harmony.

This animal symbolizes the light that overcame darkness (the symbol of Christ), the herald of day and the guard of good against evil.

The fish embodies water, life, and health, as well as new baptism.

The horse is the symbol of the unceasing motion of the sun and the male base in nature. According to the Christian tradition, the horse presented the fearless herald of faith, which flies into the world, ready for death.

The deer is believed to be the guardian of the truth, the conductor of the dead souls. According to ancient beliefs, the deer brought the sun to the sky on its horns. Most often this ornament was encountered on Easter Eggs of Hutsulshchyna and Bukovyna.

The Ivan Honchar Museum presents a look at the traditional Ukrainian Easter eggs of various historical and geographical regions of Ukraine. Each of the Easter eggs is written according to models from the personal Ivan Honchar’s collection which he formed during the 50s - the end of the 80s.

The pysanky were restored by the masters Larisa Golovnya and Nadia Bilotachch. The fund collection of Easter eggs, which personally collected Ivan Honchar traveling to Ukraine, enumerate 392 Easter eggs.

Have you liked the article about pysanky images and their meaning?