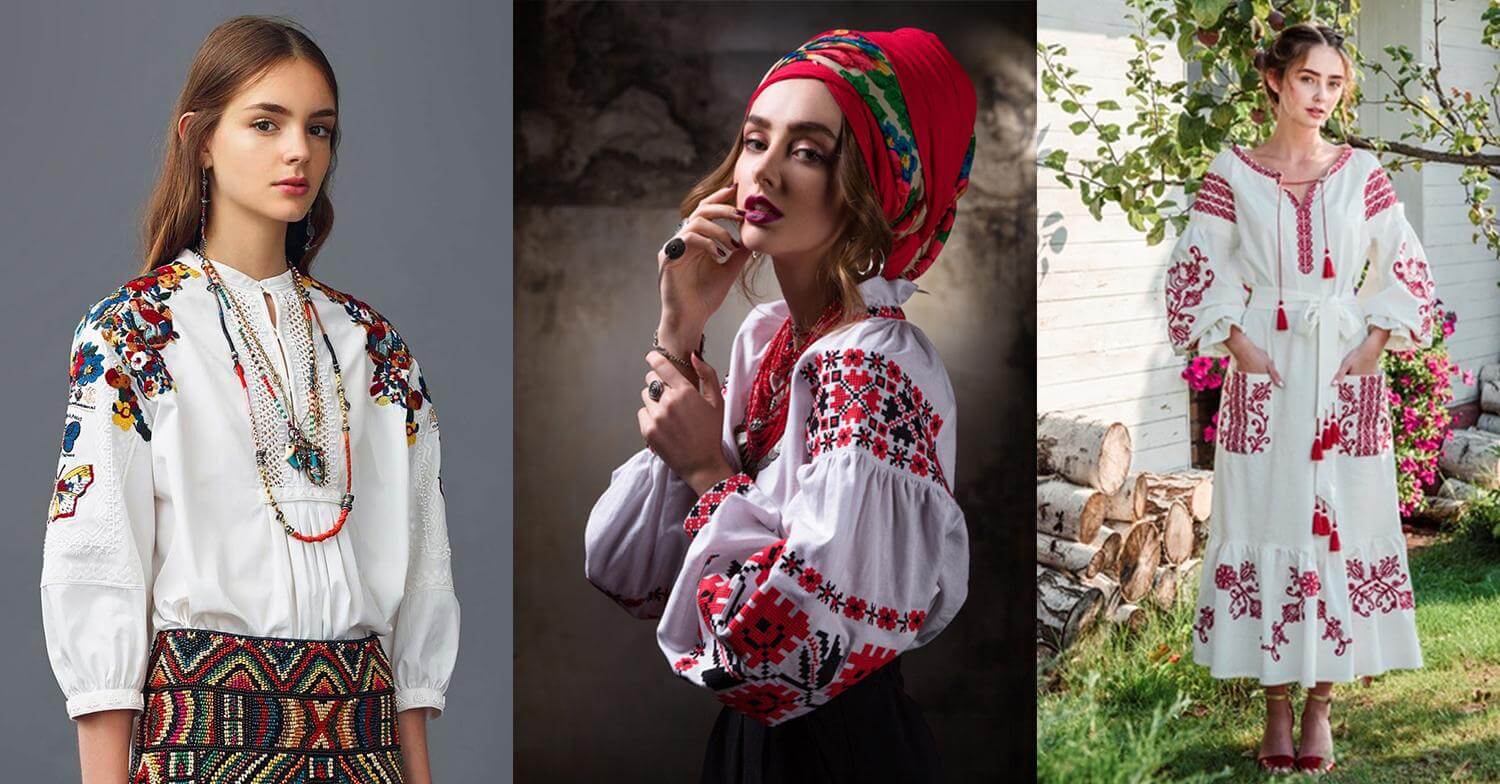 On the 16th of May in 2019 Ukrainians will celebrate the International Vyshyvanka Day (Embroidered Shirt Day). This wonderful feast does not have the fixed date. It is celebrated annually on the third Thursday of May.

In many towns and villages of Ukraine demonstration, parades, festivals, and concerts will be held. The social media will be filled with photos of people wearing diverse embroidery shirts of all color palettes and national embroidery patterns.

In recent years vyshyvanka has become not only a national symbol and traditional cloth but also a trendy accessory. Embroidered shirts and dresses look chic and festive and can suit almost any occasion.

On the day of the feast, people wear embroidered shirts when they go to work, universities, schools, and kindergartens.

Vyshyvanka is the symbol of national unity 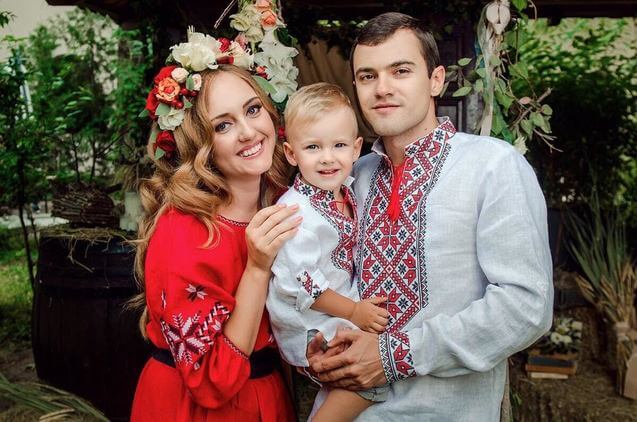 People of different ages and social positions took part in the event. The feast is not bound to any political or religious events. It is aimed to remind Ukrainians about their heritage and revive folk traditions.

It is important to note that the celebration of this holiday has gone beyond the borders of Ukraine and is international. People from all over the world wear embroidered shirts and these people are not only emigrants and their descendants but also many other people who simply love Ukraine.

Vyshyvanka then and now. Fashion dawn. 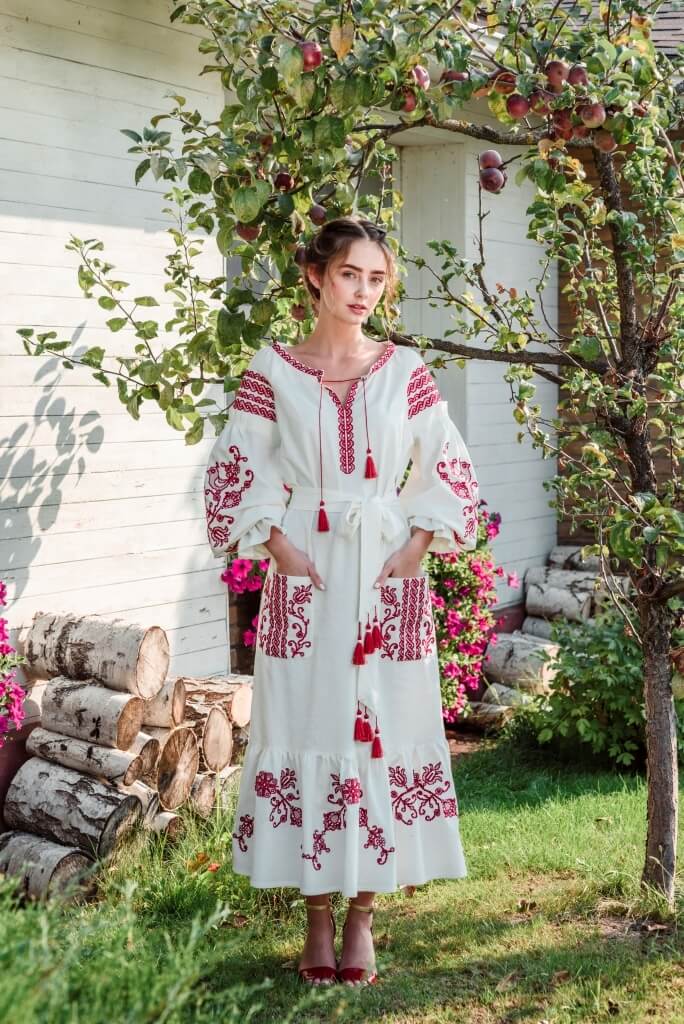 The vyshyvanka itself has a thousand-year history. Embroidered shirts were given from one generation to another along with the secrets of embroidering. Girls from an early age were taught the art of embroidery. In the ХІХ century, Ivan Franko (Ukrainian writer and poet) began to wear vyshyvanka together with a jacket drawing attention with an unusual combination and making it popular. In 1876 Olena Pchilka published an album of Ukrainian embroidered shirts. After that in Europe the boom of Ukrainian embroidery began, and in Ukraine first scientific studies of embroidery started.

Apart from symbolizing national unity, vyshyvanka also carries many other meanings. Each region of Ukraine has peculiar patterns, embroidery techniques, and color sets with specific meanings. Since olden times embroidered shirts were not simply clothing but some kind of talismans. They were gifted at birth, weddings and other important events in life. The symbols depicted in the embroidered patterns protect from any troubles and diseases.

Nowadays vyshyvanky are worn both by children and adults. There are shirts sewn following all traditional canons, shirts with hand embroidery as well as modernly stylized embroidery.

In the last years, the flash mob was supported by such popular companies as Google (many of its workers are persons of Ukrainian descent).

Today the fragments of the Ukrainian embroidery are used by many popular designers among which are Jean-Paul Gaultier, John Galliano, Gucci, Valentino, Dolce&Gabbana, and more. 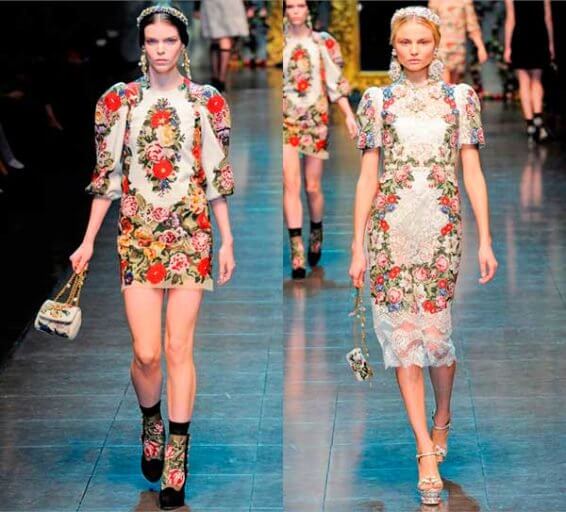 In the Ukrainian embroidery, there are three types of ornaments: geometric, herbal, and zoomorphic.

The embroidered flame signs have been traditionally considered to be masculine – a grate in the form of a rhomb, the signs of the sun with rays and dots.

The straight lines in the form of earth signs have been the symbol of the feminine. The signs of water in the form of spirals and waves were also used.

Poppy seeds were embroidered as protection against evil because this flower symbolizes procreation. Poppy seeds also were war flowers. If in the family a man was killed during the fighting, his wife embroidered the shirt with red poppy seeds.

Married women dressed in shirts with embroidered snowball trees. Because this tree is the symbol of maternity and immortality of nation.

Shirts with the pattern of hop were worn by young men since hop is the symbol of revel, love, and youth.

The embroidered grapes on the white shirt symbolized joy and welfare in the family life.

How it all started? 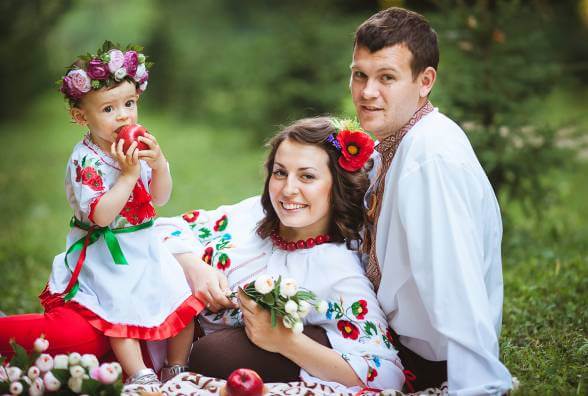 The feast of the Embroidered Shirt Day is very young. It is generally believed that the founder of this holiday is Lesia Voroniuk, the student of the National University named after Yurii Fedkovych in Сhernivtsi town. This girl has laid the foundation for the feast that quickly won the favor of many Ukrainian men and women. Her group mate who appeared at lectures in embroidered national shirts inspired the girl. She proposed students and professors to choose a special day and wear vyshyvanky and they willingly supported her. In time, the tradition to wear embroidered clothes expanded beyond the university to different schools, collages, and other institutes, and later embraced the whole country. Gradually the members of Ukrainian Diaspora and followers of ethnic Ukrainian culture supported this novelty and made this holiday international.

Today millions of people all over the world wear vyshyvanky. And the International Vyshyvanka Day is an excellent occasion to go outside wearing ethnical clothes to feel national cohesion and join eternal traditions of Ukrainian ancestors. 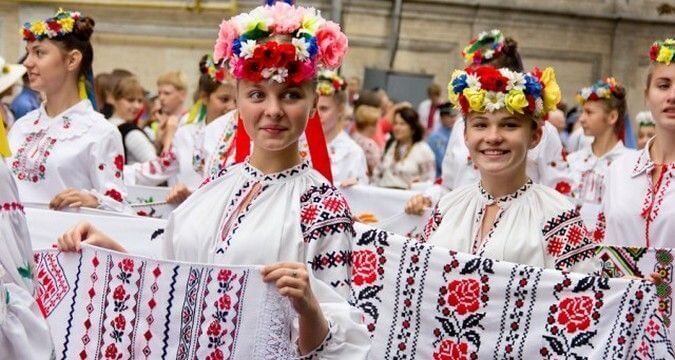 Have you liked the article about the International Vyshyvanka Day?