The symbolism of bread in the Ukrainian culture 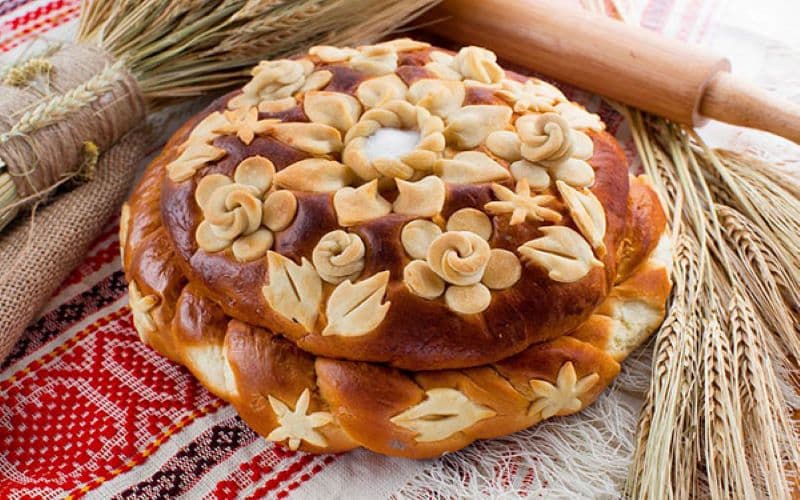 Bread for Ukrainians is not only an integral part of the meal but also a national heritage. It is called "God's gift," "breadwinner," and "holy" and is perceived as a symbol of life. Therefore, bread is not only an everyday food product but also an element of various rituals.

Respect for bread is brought up in children from childhood. Parents taught the child to eat each piece to the last crumb from an early age. At the very least, you can collect leftovers and feed them to animals, but in no case should you throw them in the trash. If a piece of bread is lying on the ground, it must be picked up and put in a convenient place from where birds will eat it.

Another strict ban was on playing with bread. Children from infancy knew that it was a sin. According to the legends, a person will pay for a wrong attitude to the bread in the next world. One will have to devote all his time to collecting the carelessly scattered crumbs during his lifetime.

The bread was also mentioned in the prayer "Our Father," which was read at every opportunity. In it, believers ask God for "daily bread" as alms because it is not only a symbol of life but also the basis of the eating routine. It is unlikely that Ukrainians could live a day without serving and eating a piece of white, rye, or other bread.

Therefore, Ukrainians treated people with particular respect whose activities were related to bread production in one way or another. Indeed, in the year when was a poor grain harvest, people suffered from hunger, although the nearby forests were always full of game, berries, and mushrooms. Once again, this fact confirms that for Ukrainians, there is nothing more sacred than bread. 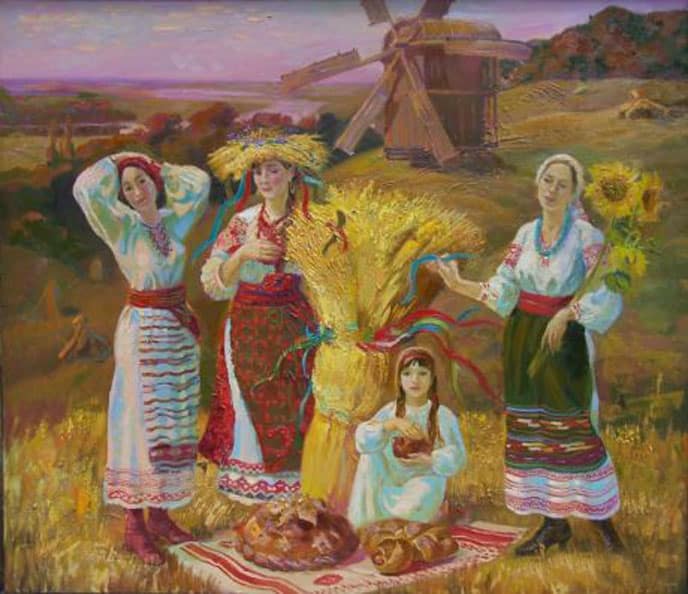 The bread was also used in many rituals. Great examples are wedding karavai, Christmas kalach, and many other bakery products.

The oldest rite that Ukrainians carried through the centuries and turned into a modern tradition is to finish some big project or hard work by organizing a large feast and putting a loaf of bread in the middle of the table. Of course, the bread was not eaten but had an exclusively ritual and symbolic role.

If we talk about the ritual role of bread, then we can distinguish several of the most significant rituals:

- wedding rituals. During the matchmaking, matchmakers exchanged a loaf of bread to sign their consent to a further marriage. When preparing for the wedding, Ukrainians baked karavai (round ritual bread decorated with dough figures). It has a round shape, and its size demonstrates how wealthy a family is. Ukrainians also baked various symbolic wedding bakery products like shyshky (small buns shaped like cones), dyven (symbolic wedding bread in the form of a thick ring; the bride must look through it at specific moments of the wedding ceremony).

- funeral rituals. Before the burial, rye grain was placed in the coffin, and a whole loaf of bread was placed on the coffin lid. Then the loaf was crushed on the grave for birds because the soul of a person wants to go to heaven.

- agricultural rituals. During fieldwork, Ukrainians decorated bread with a towel and took it with them as a blessing for a good harvest. And when Ukrainians harvested, they cut the first sheaf with special pride as a symbol of prosperity - then they used this sheaf to bake a wedding loaf. 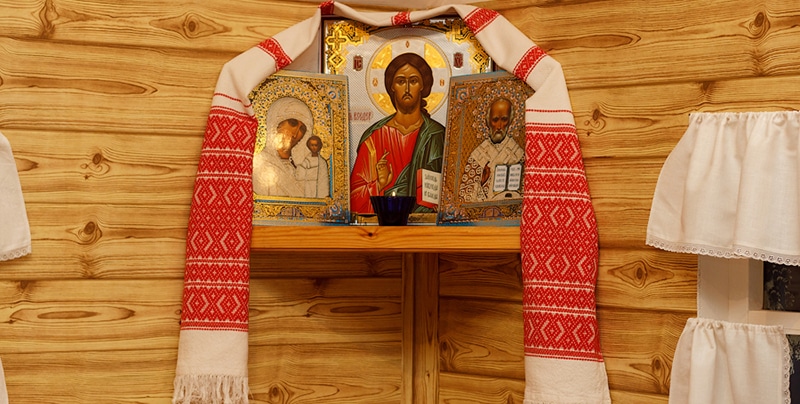 According to Orthodox beliefs, bread also played a significant role in the daily life of Ukrainians. For example, bread was placed near the icons in the house, which is the most sacred place in the opinion of all household members. There, Ukrainians put a loaf of freshly baked and fragrant bread, covering it with an embroidered towel.

In addition to rituals related to significant events in life, bread was also used in everyday rituals. So, there is a tradition to meet guests with bread and salt. This is a sign of great respect for people, regardless of how solemn the event might be. It is believed that the origins of this tradition lead to the friendly and hospitable intentions of Ukrainians. Therefore, to meet with bread and salt means showing a person the highest respect.

Thus, bread is so valued and respected that it can't be bad or tasteless a priori. Ukrainians can say that it is not baked well or is burnt, stale or rough, but they will never complain about its taste features. 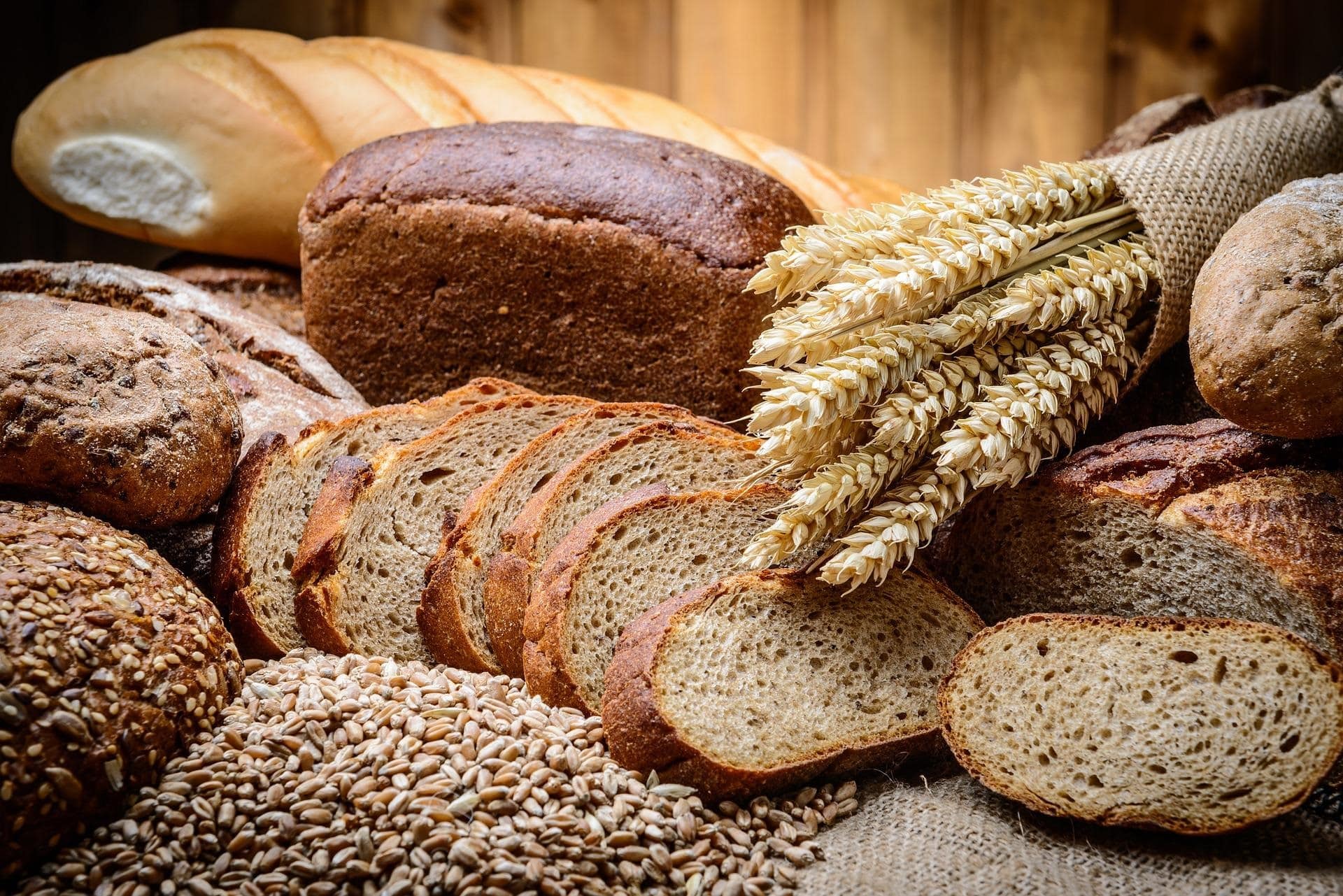 One way or another, bread plays an essential role in the life of Ukrainians. It is treated with care, awe, and respect. Despite the large store assortment, many modern Ukrainians can cook holiday and everyday bakery products themselves.

Try to bake real Ukrainian bread following our traditional recipes. We are sure that the cooking process and the authentic bread taste will become an incredible culinary experience for you!