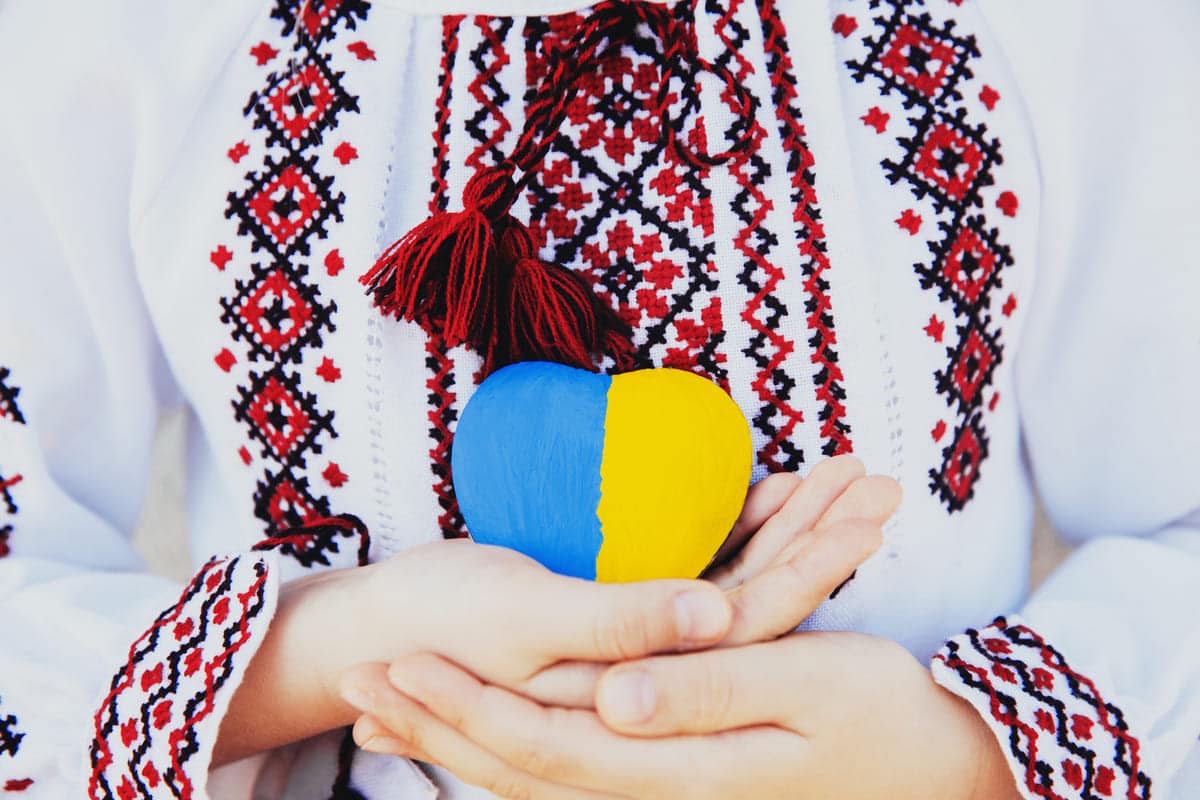 Vyshyvanka (the embroidered shirt) is not only a unique element of festive national clothes but also an essential part of the culture of the Ukrainian people. That is why every Ukrainian should know about such an event as Embroidery Day.

Vyshyvanka Day (World Embroidery Day) is celebrated on the third Thursday in May. This year, the Day of Embroidery falls on May 19. This is not a religious or state holiday, yet it achieved a somewhat symbolic value. This international holiday is meant to preserve Ukrainian folk traditions through ethnic embroidered clothing called vyshyvanka. Vyshyvanka, along with pysanka (traditional Ukrainian Easter egg), is one of the best-known symbols of Ukrainian culture. 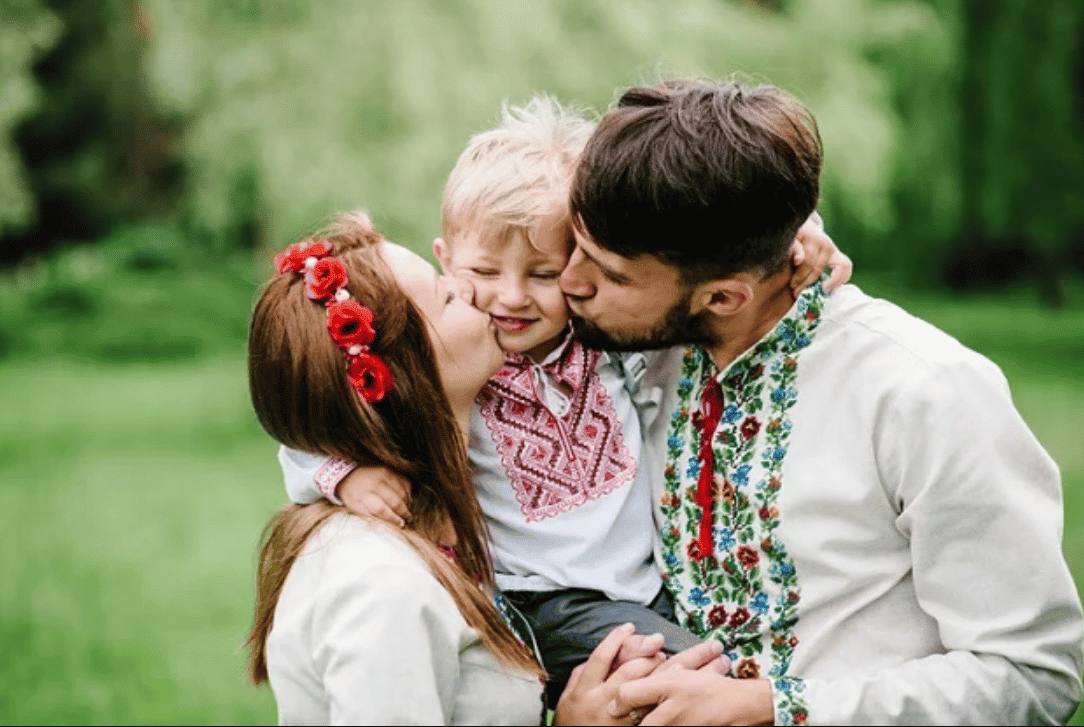 Because of the war with Russia and the extraordinary consolidation of the Ukrainian people, Embroidery Day in Ukraine will be another reason to declare that we are UKRAINIANS, a free people of an independent state desperately fighting the Russian invader. On the Day of Embroidery, anyone who wants to show their Ukrainian roots or support Ukraine can wear an embroidered shirt.

Embroidery Day: the history of the holiday

Embroidery Day was first celebrated in 2006. The holiday idea was proposed by a student of the Faculty of History of Chernivtsi National University, Lesya Voronyuk. She invited her classmates to choose a day and come to classes in ethnic clothes. Students and teachers supported this idea, and over the years, this tradition has spread throughout Ukraine. Today even parades of people in embroidered shirts are arranged, and world records are set. 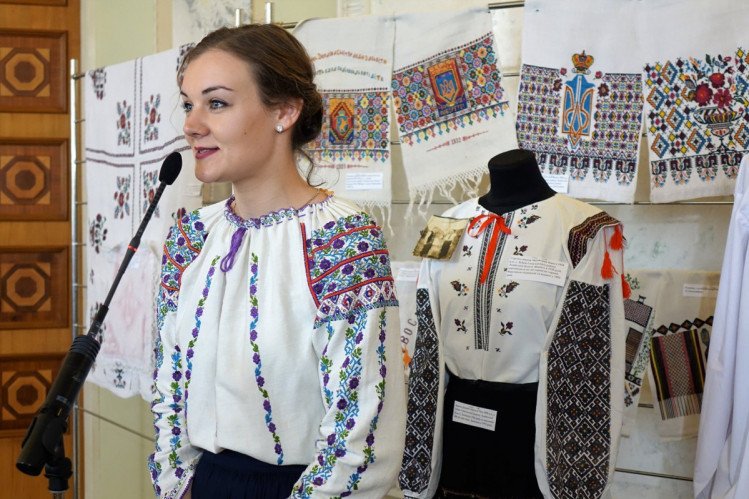 The Ukrainian embroidered shirt is not just an element of the wardrobe. This item of clothing has a talisman power. The Slavs used flax and hemp cloth, red and black threads from way back. It also mattered who the shirt was sewn for - a girl, boy, woman or man, or maybe for soldiers. Historians claim that Ukrainians have always embroidered such shirts to attract health, luck, and love.

Embroidery of towels and shirts is a purely female craft. In olden times mothers taught their daughters to embroider and pass on their knowledge. Why women? Everything is very simple. It was believed that women are the guardians of the family and have positive energy, which is transmitted through embroidery. That is why the embroidered shirt is considered a talisman. 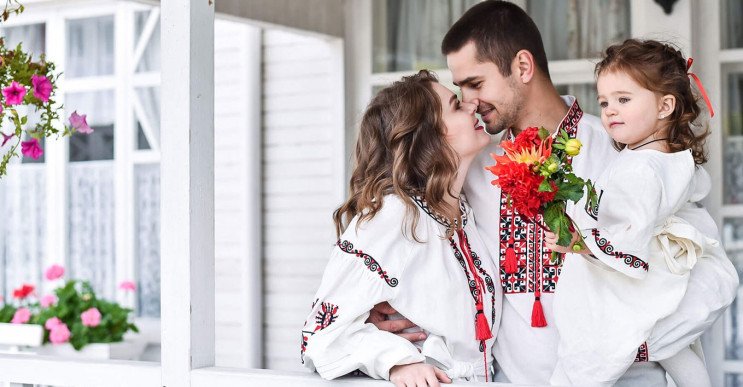 Cross-stitching is the most popular type of embroidery. Thanks to this technique, ancient Ukrainian women could reproduce geometric, floral, and other patterns. Each region of Ukraine has its specific embroidery: ornament, colors, and even the location of the embroidery on the shirt. Because of their features, all embroidered shirts are different. Our ancestors could distinguish between "their" and "foreign" in this way. The embroidered shirt can tell a lot about its owner. That is why the embroidered shirt is considered the "genetic code of the nation." 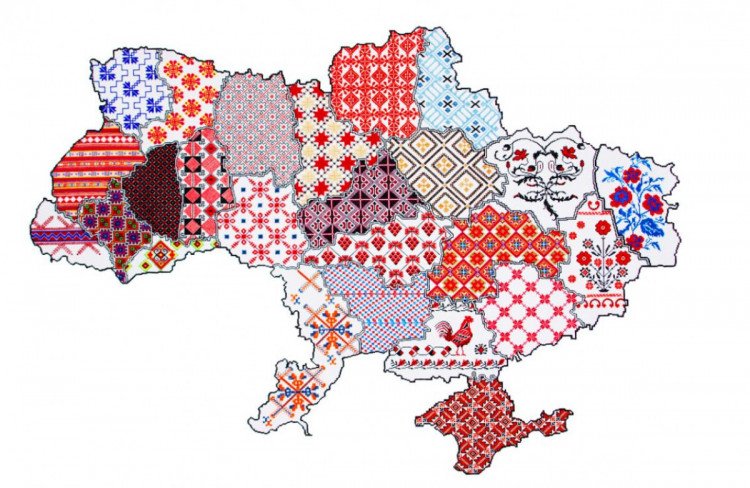 Thanks to the ornament, shirt embroidery color, and canvas color, it was possible to understand who was standing in front of you. For example, men primarily wore black embroidered shirts; the rough cloth was chosen for everyday use and bleached - for festive events. Little girls or women who no longer planned to have children wore blue embroidered shirts. That is, we see that embroidered shirts differed based on gender. 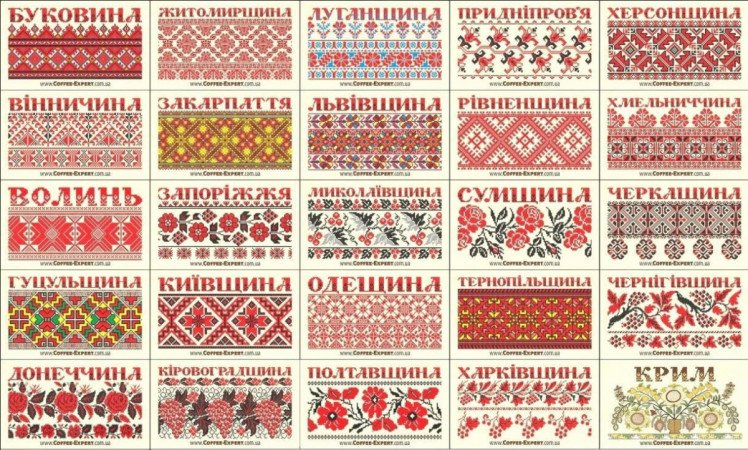 Symbol of faith and indomitability of Ukrainians.

The embroidered shirt became a symbol of political resistance to the invaders. On May 19, we will not just wear an embroidered shirt as a beautiful element of our wardrobe. Still, we will show the world that we are indomitable Ukrainians who remember, cherish, and respect traditions even during the war.