Ukraine is a country where languages and traditions of more than 100 nationalities have merged. Russian, Greek, Jewish, Bulgarian, Belorussian, Georgian, Armenian, and many other nationalities have laid the foundation and influenced the development of Ukraine.

The reflection of such diverse country is its rich cuisine - poetic and diversified, but at the same time so similar, nourishing and light, gorgeous and daily.

In Ukraine pork is one of the most popular meat products. The pork is used for cooking many varied dishes and of course is the source for the famous Ukrainian salo (pork fat) which is the symbol of the national cuisine of Ukraine and one of the most favorite and widespread products among Ukrainians. 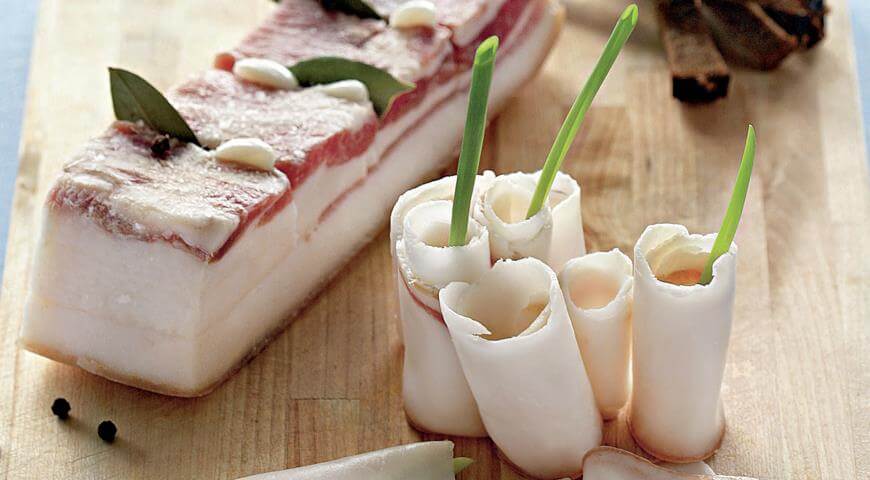 Salo is a popular Ukrainian food which is served raw and cooked and eaten not only salted but also sweetened (and it’s not a joke but a formed gastronomic peculiarity). In Ukraine pig fat is served both as a standalone dish and as diverse additives with dozens of dishes.

Salo can be served raw salted or smoked. It can be cooked as cracklings that are eaten with bread, potato or added as pie fillings. Such dishes as meat with potato stew, rissoles larded with garlic, buzhenyna (baked ham) stewed with cabbage, kruchenyky (pork or beef rolls with various stuffings) can’t go without such vital product of the Ukrainian cuisine as salo. Salo is also used to lard the meat and make it more juicy.

The uniqueness of pork lard lies in the fact that it can’t be oversalted. No matter how much salt you’ll put on a piece of salo, it’ll take as much as it needs, no more and no less.

In 2008 in the Ukrainian city Lutsk enthusiasts tried to organize «Party of salo fans», while in 2011 in Lviv the «Salo» museum was opened. At the exhibition you can see many objects made using salo in different styles and techniques. The main showpiece is the copy of a human heart made of salo. This heart was added to the Ukrainian book of records. There you can also find pictures, photos, installations and video tapes dedicated to this very honored product in Ukraine. The museum also has sculptures of historical and literature personalities like Taras Bulba, Mykola Hohol, and more. There you can buy ice cream with salo or salo in chocolate as a souvenir. 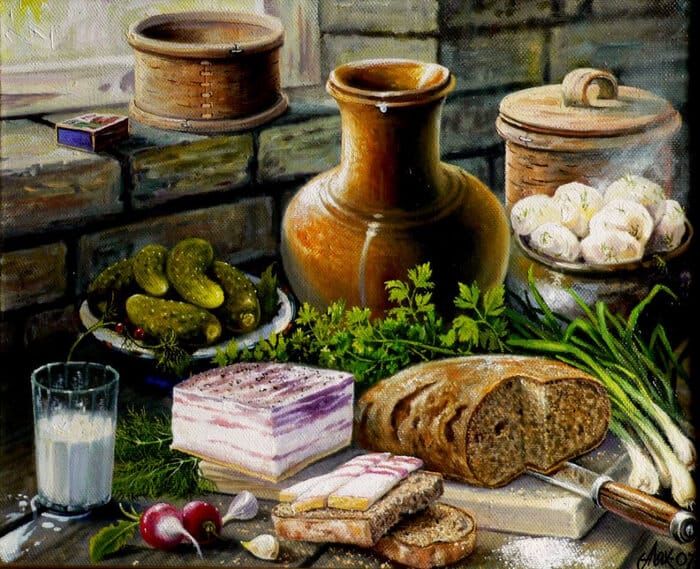 In the Ukrainian folklore salo is one of the main characters of jokes and anecdotes. Festivals and fairs specialized on pork fat are held yearly. Even a magazine with the title «SALO» exists. Taking into account all the above mentioned, there is no wonder that this product has truly become the iconic symbol in Ukraine.

How to choose the right salo?

Old salo has gray or yellow color shade. Fresh lard should have a light pink or white color. Special attention should be given to the smell, salo should have a sweetish scent. If salo smells like smoke – it’s even better, cause this means that a pig was smoked. Check the width of salo, good salo has 2,5 – 2,5 cm of width. The skin is also of vital importance – it should have a yellowish color.

When you’re planning to buy salo, take matches with you. Pierce the chosen piece of pork lard with a match – if the match easily penetrates then pork lard is fresh. 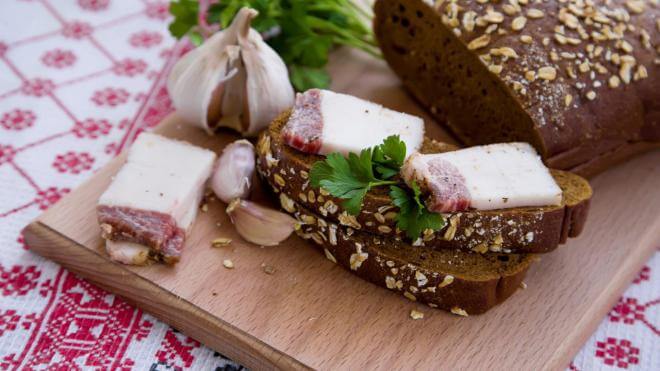 The last piece of advice is to check the surface of salo – in no way should it be sticky or slippy. 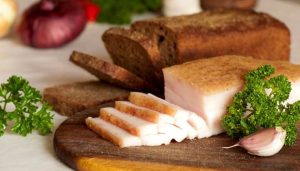 If you’ve followed all the steps and haven’t revealed any deficiencies – you can buy salo with confidence.

Have you liked the article about Ukrainian salo?