Holubtsi are a wonderful dish of the Ukrainian cuisine known by many Ukrainians since their childhood and loved for its amazing juiciness and richness. It is hardly possible to imagine both the everyday and festive Ukrainian table without this dish.

The mystery of origin. Which “nationality” do holubtsi have? 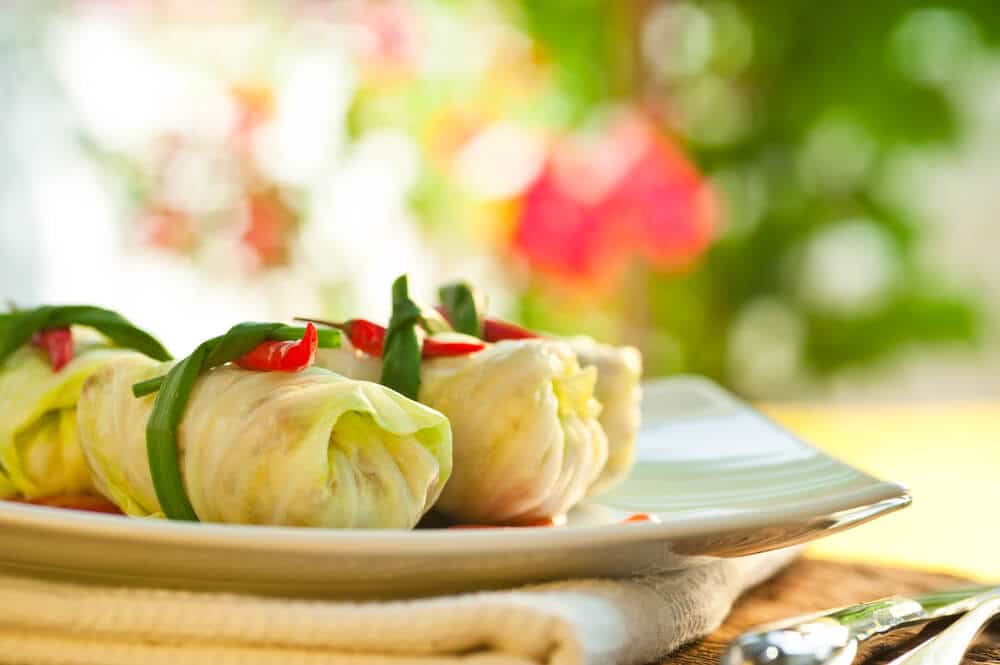 None of recipes has so many theories of origin as this one. The homeland of holubtsi with equal potential can be France, Russia, Armenia, Turkey, China, and even Ancient Greece. The notes about meat rolled in cabbage leaves were first found in Aristophanes’ letters and date back to the 425 year Before Christ.

The next version refers to Chinese people with their history about a notorious scientist who drowned in the river and his keen-witted students who diverted the attention of predatory fish with rice rolled in cabbage leaves.

Turkey and Armenia are also highly likely to be considered as the motherland for holubtsi. If not to take into account the name of this dish, then we should admit that dolma (tulma, tudma) is most close in its recipe to Ukrainian holubtsi (the only difference is that you should use grape leaves instead of cabbage ones, and mutton instead or pork).

French people are adamant that everything nice-looking, scrumptious, and savory was created themselves. It’s likely that cabbage rolls were borrowed exactly from the French cuisine, which made a great impact on the Ukrainian one.

At the beginning of the XVIII century doves rolled in cabbage leaves (thoroughly greased with salo beforehand) and then grilled were rather widespread. “And how to be?” you may ask. This secret still remains under wraps. 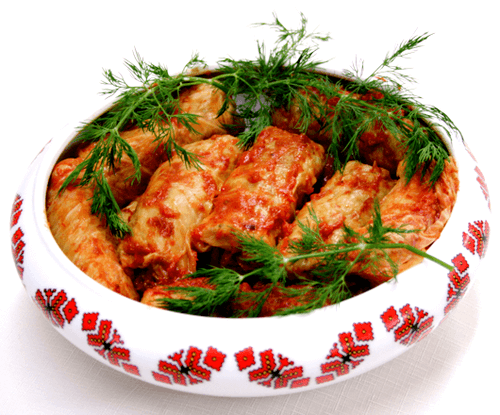 In the Carpathians maize grits was used as a filling for holubtsi, while in Poltava region buckwheat was applied. Grits was boiled slightly, mixed with fried onion, and pork cracklings. During a feast ground meat seasoned with spices was added to the above mentioned mass, and fresh or sour cabbage leaves were used.

In spring the cabbage was replaced with young leaves of red beetroot or grapes. After, holubtsi were browned, arranged in a pot, and poured with a meat or bone broth, or water mixed with kvas (during Lent), topped with sour cream and placed in a thoroughly preheated stove. Holubtsi were considered to be ready for serving when cabbage became soft.

On the left-bank Ukraine and its South, cabbage rolls were made using the whole cabbage leaves, while in Podnistrovia and the Carpathians the leaves were divided into some parts (there, a housewife which made “big” holubtsi was considered to be lazy). Yet at the same time in Poltava big holubtsi were preferred for their juiciness.

Starting from 20-30 years of the XX century, Ukrainians began to fill holubtsi with a rice-meat filling and stew them using tomato juice, sauce or paste instead of kvas. 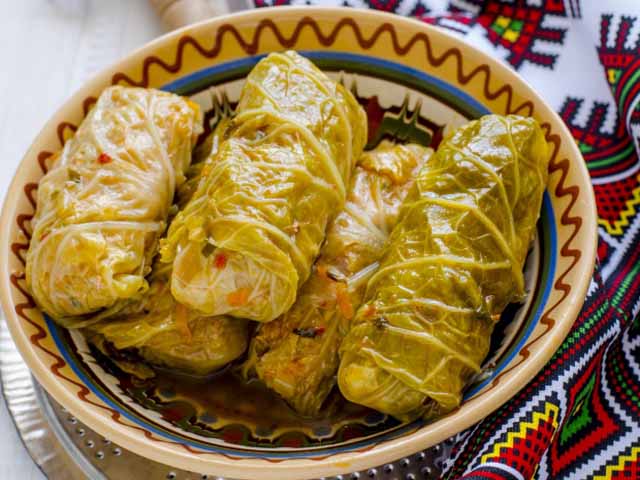 In order to distinguish cabbage rolls on the table, Ukrainians roll them in various ways. Holubtsi with corn grits are rolled in the form of a triangle tucking the edges in the center, other holubtsi are simply rolled.

Today holubtsi are cooked with different types of fillings, starting from traditional ones with meat and rice and finishing with vegetarian ones. Usual chicken and turkey Ukrainian replace with beef, pork, and even fish. 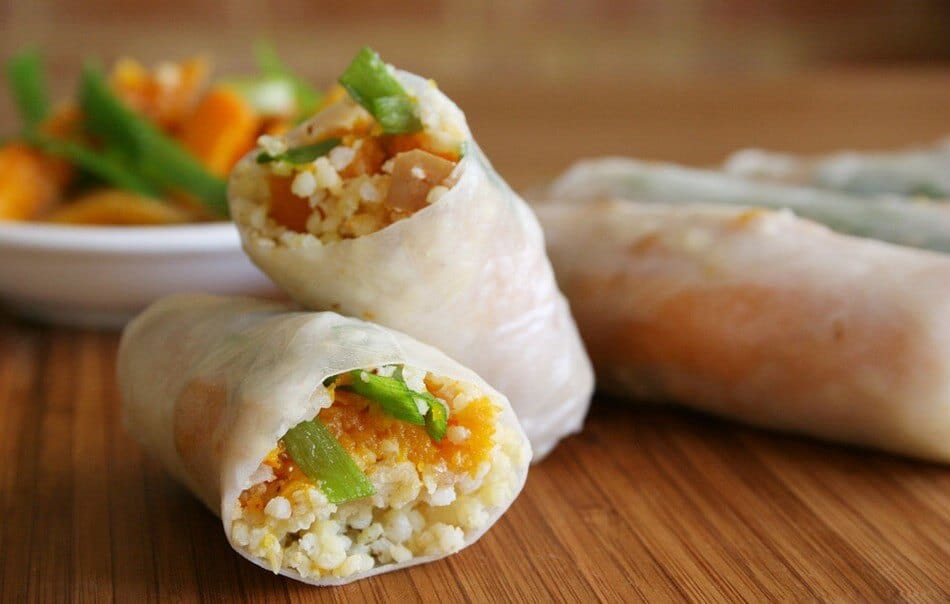 There are 2 main versions for cooking this dish:

-classic holubtsi - when the filling is rolled into cabbage leaves:

-lazy holubtsi - when all ingredients are mixed and stewed together in one bowl.

All the above-mentioned states that holubtsi are a universal multifunctional dish which is rich in calories and nutrients. Don’t miss a chance to try dainty Ukrainian cabbage rolls. We have many interesting and yummy recipes.

Have you liked the article about Ukrainian stuffed cabbage? 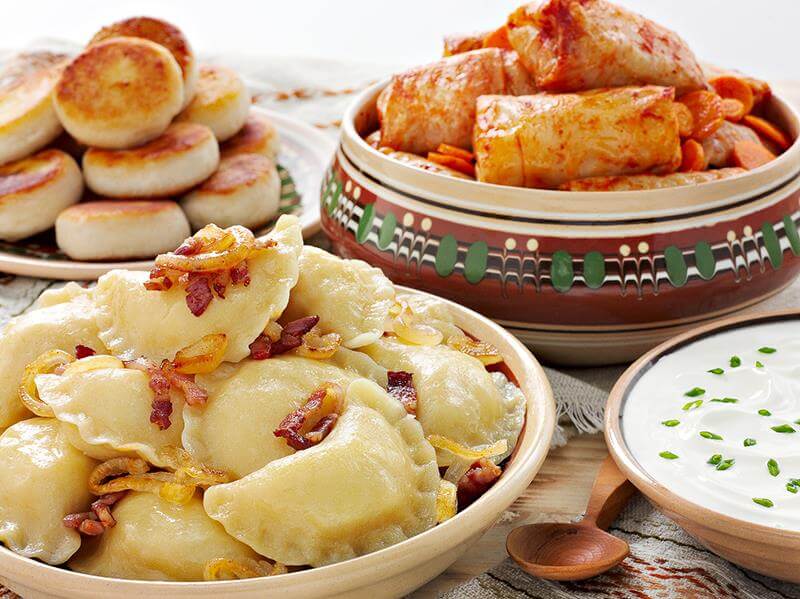 #1. What advantage do “lazy” holubtsi have over traditional ones?