Culinary journey to Ukraine – Most popular dishes throughout the country 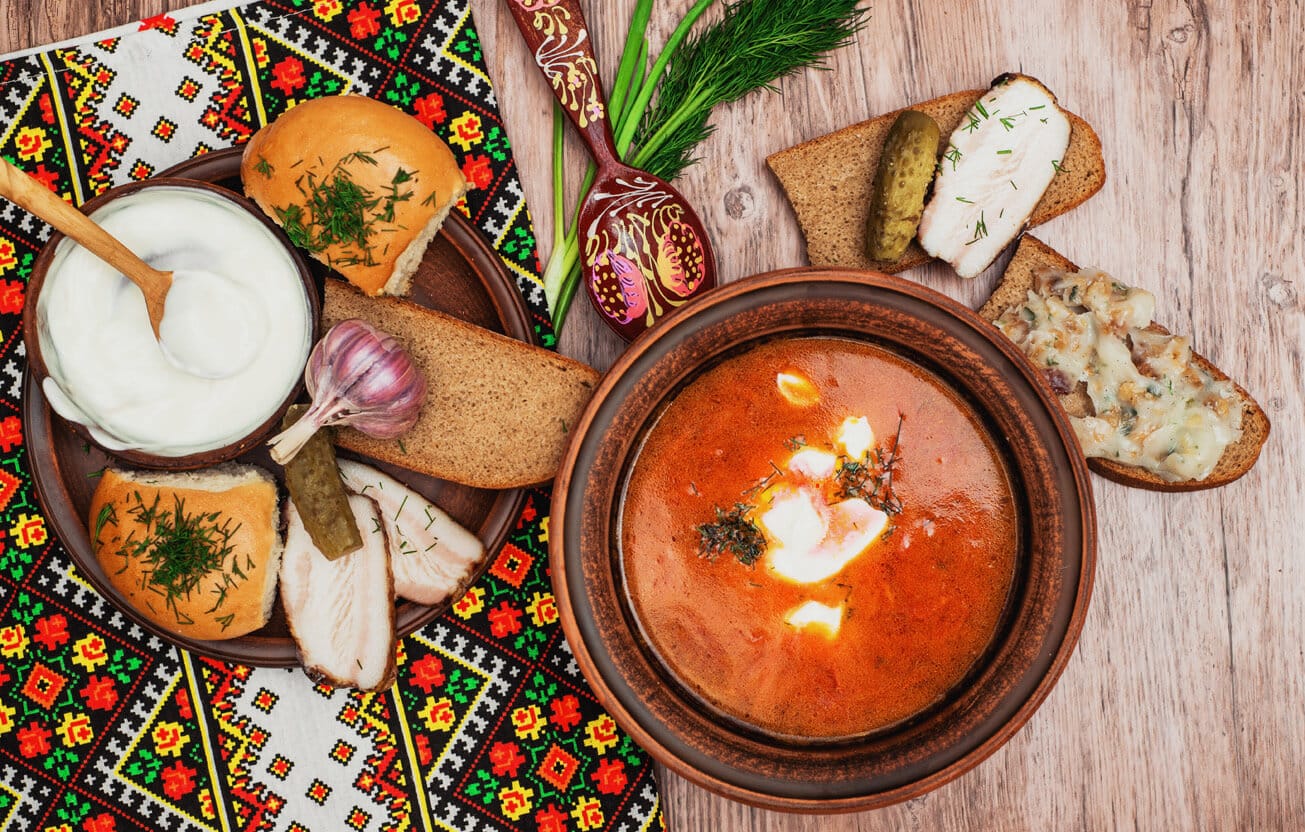 Ukrainians are one of the most hospitable and welcoming folks, who can make a feast from the usual get-togethers. The cuisine of Ukraine is known as rich, generous, versatile, and distinctive.

A great number of recipes and a wide variety of ways to cook one and the same dish allow the Ukrainian cuisine to be unique. By the way, some traditional Ukrainian recipes such as varenyky and borsch became international. These dishes are rather popular in many countries.

The Ukrainian national cuisine was developed for a relatively long time and finally formed in the beginning of the 19th century. All this can be explained by the complex formation of Ukrainian nation and country, since in specific historical periods its territories were parts of various countries (Lithuania, Poland, Hungary, and Romania). The culinary traditions of Ukraine were also influenced by German and Tatarian cuisines.

Each region of Ukraine has special delicacies and cooking peculiarities. For example, on a beer party in Odessa its citizens prefer to relish round rissoles cooked from goby fish instead of simply eating a dried horse mackerel. In Zaporizhia region borsch is commonly cooked without a beetroot, which is very unusual, since most popular recipes for Ukrainian borsch contain such ingredient as a beet. In the east Ukrainians usually cook a beetroot soup with boiled eggs and cucumbers. In the west of Ukraine people make homemade sausages and serve them with horseradish and kholodets (meat jelly). In the north stewed potato with cabbage and meat in earthenware pots is popular. Deruny (potato pancakes) are also well liked here. And in the center of Ukraine – halushky are a national pride.

Poltavian ‘pundyky’ are a lavash (flatbread) cooked using eggs and kefir (a fermented milk product similar to yogurt), which can be sweet or sour, depending on the preferences of family members. Mostly, it’s a fried crust and onion, served with sour cream. This dish was greatly liked by Hryhoryi Skovoroda, the 18th-century Ukrainian philosopher.

In Poltavshchyna Ukrainians cook unbelievably tasty varenyky (dumplings) with meat and liver. Tourists often order more than one portion to enjoy this amazing dish to the full.

Cherkasy is a Ukrainian city known for its piquant sour cabbage soup with millet. 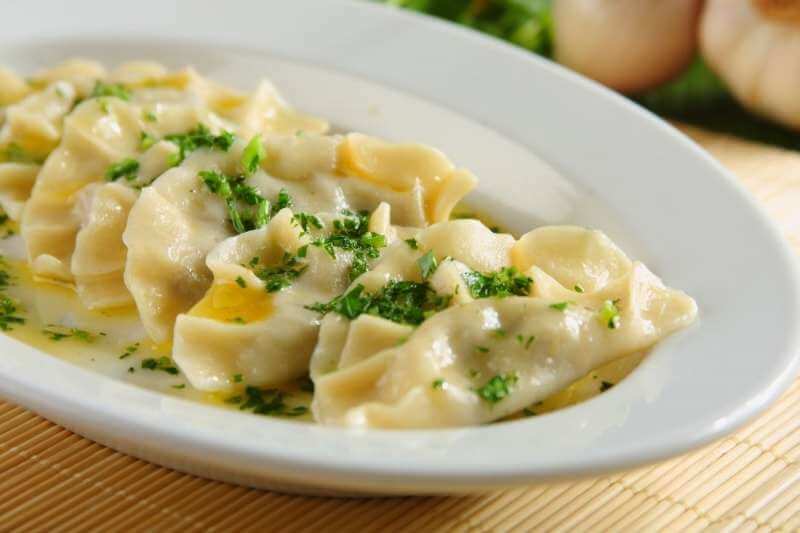 The north of Ukraine. Deruny (potato pancakes) are in favor here. In Zhytomyr region Ukrainians even put up a monument to this dish and dedicated a poem. Among rare, ancient recipes is the recipe for potato pancakes with cottage cheese and bilberries (there are many berries in surrounding forests).

Pechenia (meat roast) in one of the most widespread meals. In the north people like to bake in pots piquant and flavorful pork together with sour cabbage and potato. 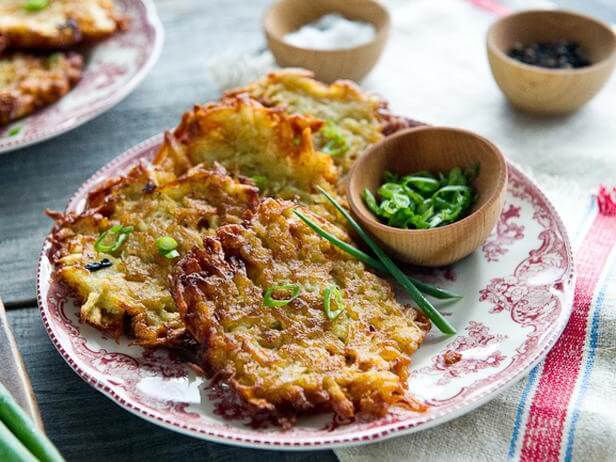 In the south one of the most favored daily recipes is lahman – a meat soup with noodles and vegetables. Tiny flavorful holubtsi rolled in grape leaves and called dolma are also popular with tourists. The most famous dish in Odessa is fish rissoles cooked using anchovies, goby fishes, or sprats. 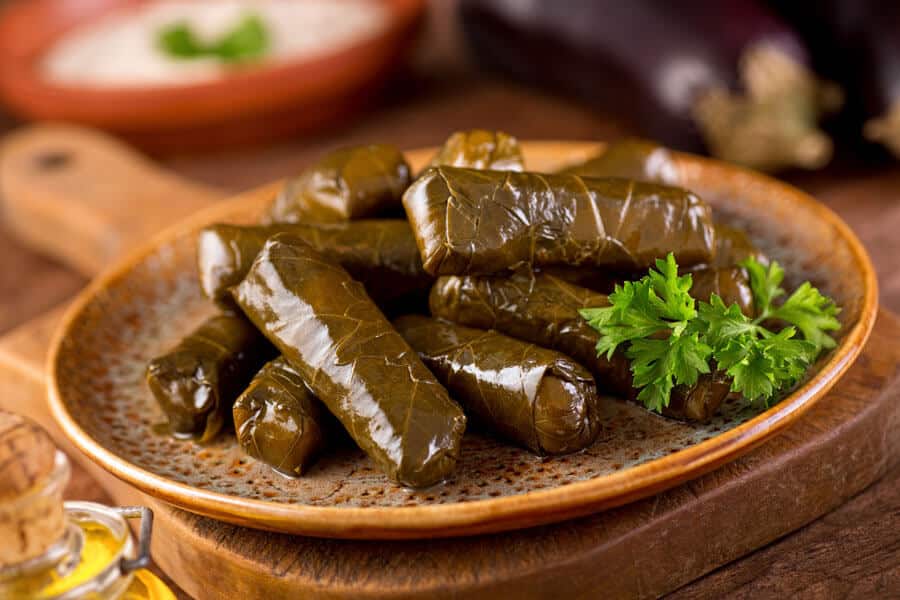 In the East of Ukraine people like to cook beetroot soups. In addition, here Ukrainian women know many recipes for okroshka (a cold summer soup cooked with kvass). One of the festive dishes is holiashka (meat marinated in spices and baked in dough). Poultry meat stuffed with veggies and mushrooms is also popular here.

In the west meal portions are generous and the assortment of dishes is huge. The pride of the Western Ukraine is varenyky (dumplings), which are offered in a wide choice of fillings. Here dumplings are cooked very quickly. Juicy and flavorful, sometimes sizeable, they make tourists wonder: “Should we cut them with a knife?” A special place in the western cuisine takes mamalyha, which is cooked with fried onion and appetizing cracklings. Chinakhi in pots is also popular, especially in ski resorts. Only imagine how wonderful it is to eat a hearty soup with smoked ribs, beans, and potato after outdoor activities. 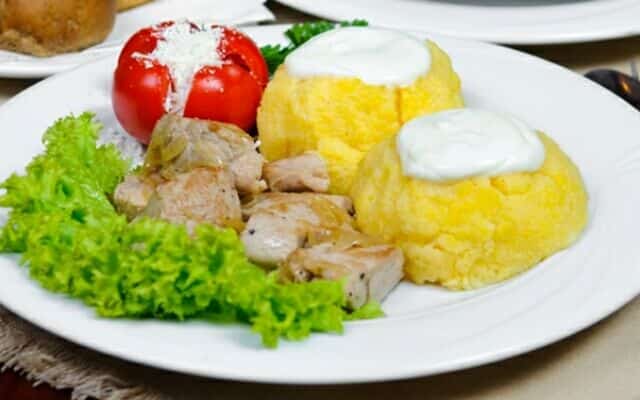